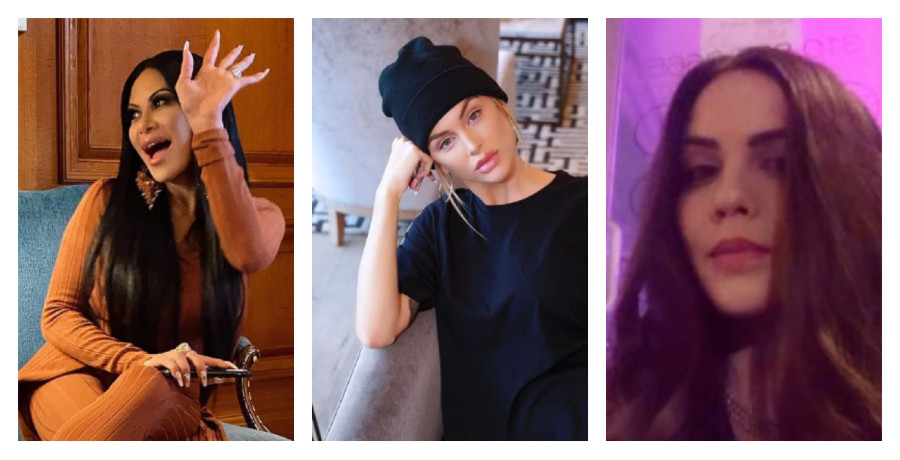 The Real Housewives of Salt Lake City had an interesting crossover on a recent episode. Stars from Bravo’s Vanderpump Rules appeared during the Sundance party. Lala Kent and Katie Maloney-Schwartz vowed to get Heather Gay “laid.” While that may or may not have happened, RHOSLC’s Jen Shah fan-girled over meeting the Bravolebrities.

Lala and Kate Crossover to RHOSLC

It’s not easy to get a new edition of the Real Housewives franchise off the ground. Therefore, it’s not surprising that two of the Vanderpump Rules stars showed up in Utah. Especially given that Lala Kent and Katie Maloney-Schwartz are both Utah natives.

It turns out that Lala Kent is friends with RHOSLC’s Whitney Rose. The Vanderpump Rules stars were in town for a screening of Kent’s movie “Spree” at the Sundance film festival. Katie Maloney-Schwartz was with her. Fans on Twitter thought this was strange, since the two aren’t close.

Did anyone scrub the background of Jen Shah’s party for Stassi and Kristen too? I’m not buying it was just Lauryn from Utah and Katie that attended, instead Bravo edited them out. #RHOSLC

In a one-on-one interview, Whitney Rose said she “insisted” that co-star Jen Shah invited them to her party. It seems Jen Shah is over the moon that she got to meet the Vanderpump Rules stars.

As fans of RHOSLC know, Jen Shah has a larger-than-life personality. Nothing seems to faze her. So, fans may be surprised to know that she was fan-girling over meeting Lala Kent and Katie Maloney-Schwartz.

The Sundance Film Festival was held at the end of January, 2020. So, Lala Kent’s appearance came long before her pregnancy. In September, Lala Kent announced that she was expecting her first child, a daughter, with film producer fiancé Randall Emmett.

Page Six notes that the appearance on RHOSLC could very well be the last time fans see the two Vanderpump Rules stars together. Bravo has yet to announce if the show will return for Season 9. Jax Taylor and Brittany Cartwright announced last month that they are leaving the show. With restaurants shut down indefinitely, it’s not clear if or when Vanderpump Rules will return.

Fans Are Over Jen Shah’s Attitude

Bravo also has yet to announce if RHOSLC will return for Season 2. The franchise spin-off was announced at BravoCon in late 2019. It took almost a year for the show to debut on the network. This caused a lot of anticipation amongst Bravoholics.

In the weeks leading up to the November debut, a handful of online bloggers got to watch the season premiere. The reviews were mainly positive, especially about Jen Shah. However, after a month on the air, fans are getting sick of her attitude. This became especially apparent after her appearance on Watch What Happens Live earlier this week.

Check out these fan reactions to Jen Shah on Twitter.

I think #RHOSLC is actually too much. Jen Shah was doing a hula hoop while wearing rollerskates and a crown?!

I remember when Jen Shah was everyone’s favorite housewife. And pretty sure @takeyourzoloft even said at the beginning of #RHOSLC  that she was worried Jen’s star was burning too bright.

My Twitter feed this morning seems to confirm this 🤣🤣🤣 oh how they fall so quickly.

Me after watching Jen Shah embarrass herself on #WWHL pic.twitter.com/9WaCvYJU6g

Are you over Jen Shah’s antics? Head over to our RHOSLC Facebook page to connect with like-minded fans.