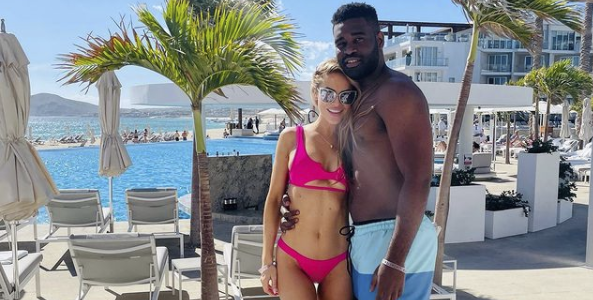 Selling Sunset star Chrishell Stause looked forward to spending her vacation with her friends and new boyfriend, Keo Motsepe. But since it began, fans keep bombarding her with obnoxious conspiracy theories. And she heard quite enough drama.

The friends that joined them on vacation are Gleb Savchenko, Chrishell’s DWTS partner, and his new girlfriend, Cassie Scerbo. But according to the rumor mill, Gleb and Chrishell are actually seeing each other and are using Keo and Cassie as covers. If that sounds a little too crazy to be true, you aren’t the only one who thinks that. Chrishell made it pretty clear she thinks the rumors are absurd and she’s tired of hearing about them.

She recently shared an Instagram photo of herself and Keo near the beach.

“If you love love, feel free to leave your beautiful positivity below. If you are insane & tied up in ridiculous conspiracy theories that were never, and have never had any truth to them, by all means let your crazy flag fly! Ha! Entertaining either way 🤪😜🚩😉😘XO,” she captioned the photo. 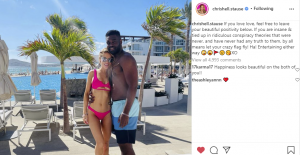 Some fans just can’t let go of the Gleb and Chrishell rumors.

When Gleb and Chrishell competed together on Dancing With The Stars this year, fans thought they spotted immediate chemistry. They just really seemed to click on and off the dance floor. Once, Gleb brought Chrishell flowers to apologize for a fight in rehearsal. After that, everyone seemed so sure about the budding romance rumors.

And the rumors only got worse after the pair left the show. Within days of his departure, Gleb Savchenko announced he and his wife, Elena Samodanova, were splitting up. He asked fans to respect his privacy, but Elena spoke to the press right away.

Elena insinuated Gleb caused by the breakup with his constant cheating and flaunting his new relationship right in front of her. And of course, most fans thought that meant Chrishell. Gleb and Chrishell both denied the gossip. Just recently, Chrishell publically announced she is really dating Gleb’s best friend, Keo.

Gleb is keeping quiet about his new relationship with actress Cassie Scerbo, but been mostly confirmed they’re seeing each other. But some fans just aren’t buying it. They firmly believe Cassie and Keo are just covers so Gleb and Chrishell can go on vacation together.

It really seems like everyone involved just wants to move on and be happy, but it’s getting rough with the rumors. And Elena Samodanova doesn’t help the situation much either. Since the two couples have been on vacation in Mexico, Elena has been doing Instagram lives with fans. And she does not hold back.

In the live sessions with fans, she says she’s “pissed” at Gleb right now. She’s also discussed selling the house and other aspects of the divorce. Gleb’s new girlfriend Cassie seemed to clap back at Elena with an Instagram photo captioned, “Happy girls are the prettiest 🤍🙏🏼✨.”

So what do you think? Is this just another crazy fan conspiracy, or do you think there’s some truth to the rumors? Either way, this is one rumor that doesn’t seem like it will die anytime soon.