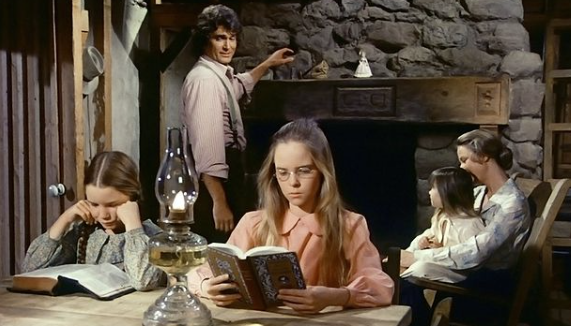 Is nothing sacred anymore? The beloved classic Little House On The Prairie is the latest television show getting a reboot. The original series ran from 1974 to 1983 and had over 200 episodes. Melissa Gilbert starred as Laura Ingalls Wilder, but you can spot plenty of now-famous celebrities as guest stars throughout the seasons. Jason Bateman, Shannen Doherty, and Kyle Richards even had recurring roles. But what will this reboot look like?

According to Entertainment Weekly, Paramount TV Studios and Anonymous Content will spearhead the Little House project. The reboot will be an hour-long drama loosely based on the Little House books that inspired the original series. The show was so popular, it’s actually really surprising that no one tried to do a reboot yet.

Many of the former cast members, star Michael Landon included, passed away. All the children are grown up now. But there could be at least one cameo in the reboot. Alison Arngrim played the schoolyard bully Nellie Oleson during the show and feels that she would now be a good fit for Nellie’s equally evil mother. Katherine MacGregor originated the role and passed away in 2018.

“I’m just the right age to play Mrs. Oleson,” Arngrim said. “I’m totally there. I have no shame.”

No official cast list is available yet. But you can bet it will be major news when the new Laura is announced.

Want To Get Your Little House Fix? Here’s Where You Can Catch Reruns

If you want to get your Little House fix, you can catch reruns on many channels like Cozi TV, UPtv, and Hallmark Drama. It’s reportedly the most viewed show on the Hallmark Drama channel, aside from movies. Peacock also plans to start streaming episodes. And on December 29, you can catch an episode of American Masters on PBS dedicated to the real-life Laura Ingalls Wilder.

PBS says of the series,

“Though Wilder’s stories emphasized real life and celebrated stoicism, she omitted the grimmer and contradictory details of her personal history: grinding poverty, government assistance, deprivation and the death of her infant son. In recent years, Wilder’s racist depictions of American Indians and Black people have stirred controversy, and made her less appealing to some readers, teachers and librarians. American Masters: Laura Ingalls Wilder reveals the truth behind the bestsellers, exploring a rags to riches story that has been embraced by millions of people worldwide.”

We all love the classic Little House series, but it doesn’t quite follow the books. If you watch the American Masters series, you can surely learn more about the real author’s life. Some actually believe that her daughter, Rose Wilder Lane, wrote the books instead. Would this change your view of the series? Let us know in the comments.

Stay tuned for more. We’ll definitely let you know as soon as we know any more about this reboot. Will you be watching?