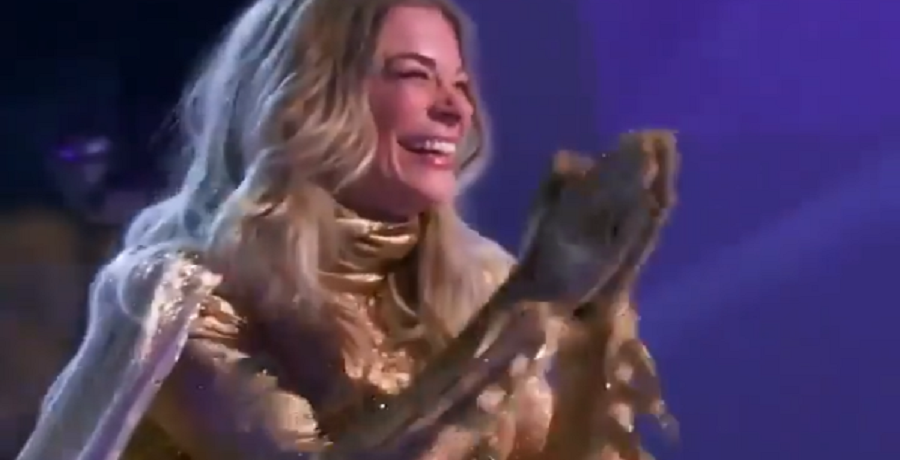 LeAnn Rimes talked about her win on The Masked Singer Season 4. The “Can’t Fight the Moonlight” singer said she wanted to “embrace” her “rebellious side” on the show. Fans were happy to see that Rimes won the Golden Trophy mask. After a series of strong contenders, the Sun was a top contender.

She then revealed herself to be Grammy-award winning singer LeAnn Rimes. She kept bringing the panel the tears every time she sang. Rimes performed a wide variety of songs that showcased her vocal talents. Fans immediately knew it was the country superstar from the first moment that she sang.

Why did LeAnn Rimes choose the Sun?

In an interview with USA Today, LeAnn Rimes talked about her time on The Masked Singer. LeAnn Rimes explained that she wanted to bring a bright light to a dark time. As she hid her identity, her costume became something important to her. Of course, it wasn’t always easy.

“It was a bit overwhelming at first,” Rimes said. “I’m like, ‘How do I animate the Sun?’ But it was fun to bring the costume to life, and I think people have truly connected with that character.”

By becoming the Sun, Rimes sang hit songs like Kesha’s “Praying” and Billie Eilish’s “When The Party’s Over.” But not every performance was perfect. When she sang Janis Joplin’s “Piece of My Heart,” Rimes admitted she slipped on her costume’s long cape. But she played it off “like it was some kind of special move.”

No one noticed, not even the panelists. Rimes said that performing like the Sun felt like wearing a corset. She “went home sore” after every performance. While the costume had challenges, it led to a bright spot. Rimes landed in the final two with her friend and former collaborator Aloe Blacc. Like everyone else, she had no idea it was him.

Rimes and Blacc previously collaborated on her 2015 holiday album, Today is Christmas. When she listened to him perform, she wanted to do a duet. Little did she know, they already did. Rimes would be opening to working with him again.

The Masked Singer champion wanted to prove herself

In a separate interview with ET Online, LeAnn Rimes said she wanted to prove herself on The Masked Singer. On Thursday, December 17, she told ET’s Nischelle Turner that she wanted to showcase her unique talent.

“There was so much thought that went into the costume and the song choices, it was a lot of work,” Rimes explained. “I really had a very specific story that I wanted to tell and The Sun was like this very visual representation of everything I’m putting out in the world right now with my own music.”

Rimes wanted to push the envelope a little. And she admits that each performance was a challenge. When she crossed into pop, Rimes recalled being criticized for that. But now, she got the chance to play with different genres.

“I’ve kind of fought that for a long time of people not knowing where to put me and they want me to put in a box and the more people want to do that, the more I want to claw my way out of it,” she continued. “It’s just my rebellious side.”

Rimes added that she wanted to “embrace that on this show and actually celebrate it.” She loved performing different genres. During her time on the show, only two people, including her husband, Eddie Cibrian, knew she was the Sun. While she kept her role on the show a secret, many fans noticed her voice early on in the season.

The Masked Singer Season 5 is set to debut on Fox in spring 2021.