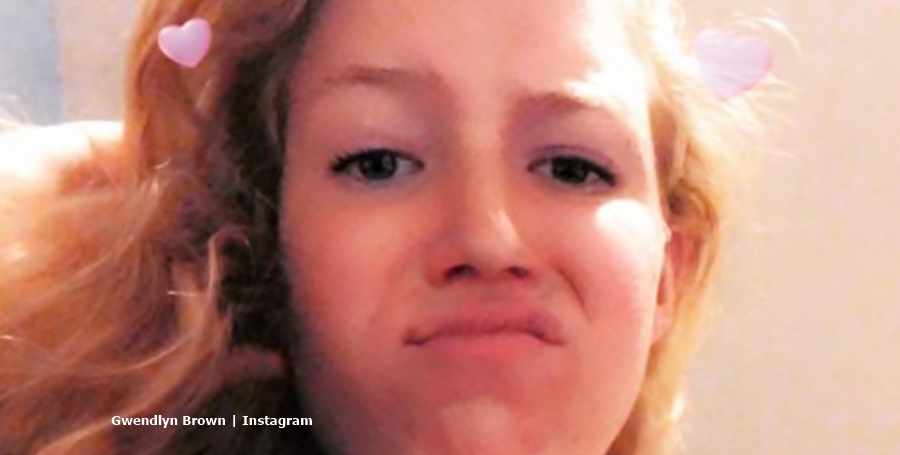 Gwendlyn Brown seemingly went from a cute kid on Sister Wives to a rather elusive figure on social media. Next, she emerged as an outspoken activist. And, now she seems rather prickly. Wanna compliment the TLC star? Watch your words or you might get a shot fired at you for your efforts.

Note: The following is an opinion piece based on the writer’s impression of Gwendlyn Brown’s social media activity. Opinion pieces are NOT news. And, they do not represent the views of TV Shows Ace.

We wrote an opinion piece about Gwendlyn Brown in August this year. We noticed that the Sister Wives star seemingly doesn’t understand quite how to navigate social media. And, seeing her family uses it to engage with their fans, Gwendlyn flits around and change her handles quite often. We noted that she changed her Twitter handle a couple of times. Almost as if she tries to avoid TLC fans. Not that it worked, as she’s easily trackable via any Google search.

Barely featuring on her main Instagram these days, she mostly posts on Twitter or in her Instagram Stories. Mostly, those posts seem calculated to cause TLC fans some disquiet. Or, they seem radically left as she bangs on about every social injustice she can seemingly think of. That sometimes rankles with fans a bit as she likely never suffered a day of inequality in her life.

One example of apparently calculated disquiet came when Gwendlyn Brown talked about joining the Satanic Temple. Instead of explaining what it was at the beginning of her tweet, (and it’s not a church,) she later mocked Christian Sister Wives fans who grew concerned for her and offer prayers. In fact, she called them “Trumpets,” referring to Republicans. That’s hardly the way to find and keep fans for the TLC show.

Plus, she caused confusion when she first described herself as a “raging bisexual,” and then later changed her profile to say something else. Is she deliberating trying to confuse people and play mind games with them? Whatever, it seems she’s anything but a sweet and charming teen these days. And that brings us to the latest Instagram post by Gwendlyn Brown.

Returning to her main Instagram account on December 17, for the first time since October, she shared a picture of herself. Gwendlyn captioned it with, “Take a candid 🐝🌺.” Lots of fans told her she looked attractive. And, obviously well-meaning. one of them said, “how people without makeup show their beauty👏.” Well, instead of just saying “thanks,” or “thanks but I am wearing some mascara,” she prickled and fired a shot.

Her reply read, “I am wearing mascara and it’s my prerogative that people who wear makeup are beautiful too.” Well, some people might cheer her perfect PC reply. But, if Gwendlyn Brown took a second, she’d notice the foreign name of the fan and she could have saved herself the lecture. The fan apparently comes from a country where they speak Portuguese. So, possibly she chased away a TLC fan by being too PC, too prickly, and too abrupt. After all, the fan could easily have had some difficulty choosing words in English.

Does Gwendlyn Brown care about her Sister Wives fans?

Does she actually care whether fans like her or not? In September, on another Instagram post, a fan asked her what her handle is on Twitter. And. her answer read, “I don’t have a twitter.” And, that’s clearly not true. After all, her Twitter reveals she opened it in June. In fact, the same day she told the Sister Wives fan she has no Twitter, she tweeted:

Why is everyone so offended by the word “privilege”? It’s a privilege that you don’t understand why we use it

Perhaps one day, Gwendlyn Brown tones things down a bit starts being a bit more tolerant. After all, fans of Sister Wives help her family stay financially afloat so they can continue living their rather privileged lives.