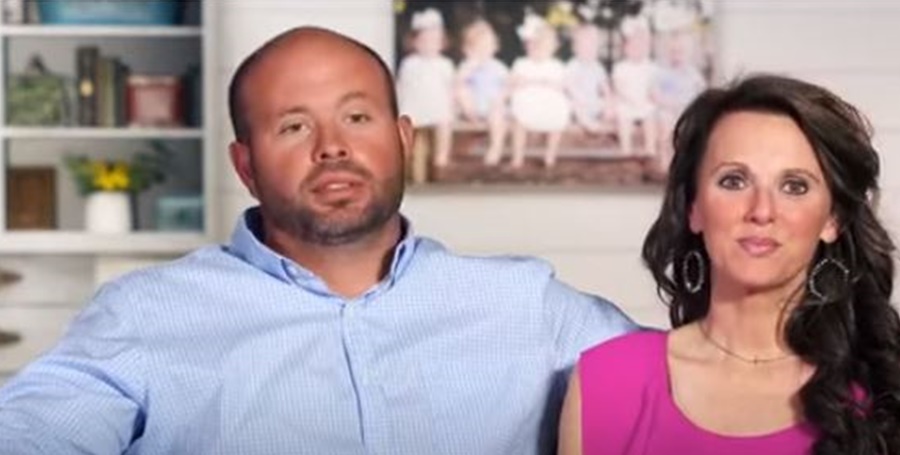 Sweet Home Sextuplets often reveals a rather frazzled looking Courtney Waldrop. Well, with so many kids in the house, it’s hardly surprising. So, Christmas might be enough to drive her crazy. But, it’s way crazier than you might expect. Over the Christmas season, she also copes with plenty of birthdays.

Last year, the TLC show revealed the sextuplets enjoying a rather messy time. Aired at the end of September, the show covered last Christmas. Two years old at the time, the sextuplets, their older brothers, Courtney and her husband all lived in a trailer home. Recall, they stayed there while the main house underwent renovations. Christmas brought chaotic scenes of glitter and oats all over the place.

The Sweet Home Sextuplets big brothers didn’t help as they skidded all over the place on the mixture. Meant to be cereal for Santa’s reindeer, the kids enjoyed themselves. But, the clean up made fans groan. And yet somehow, Courtney survives with her mind intact. However, the Christmas season brings far more than just Christmas celebrations. Her home is full of people who celebrate birthdays around December.

Taking to her Facebook, Courtney Waldrop explained that the sextuplets turn three years old in December. People reminds fans that they arrived prematurely in December. From that moment on, things were never the same again for the Waldrop family. Courtney said, “we’ve got a schedule of people in the community rotating 24 hours a day in and out.” They needed a lot of help. But during the COVID-19 quarantine, people couldn’t help out. That must have been a torrid time for Eric and Courtney.

The coronavirus never went away. So, it’s not clear that Courtney gets much help right now either. The Sweet Home Sextuplets mom shared that the twins also celebrate their birthdays in December. Plus Saylor and dad Eric join the Christmas baby club.  Unsurprisingly, she said on Facebook, “I feel like this time of the year is so crazy busy for us.” Christmas falls slap in the middle of all these birthdays. Can you imagine?

Many TLC fans responded to the post by Courtney. One of them wrote, “And to think I thought I had it rough with 2 birthdays in November and then Christmas. You’ve got so much more wrapped up in these last couple months. ❤ I know you love it though.”

Other Sweet Home Sextuplets fans complimented Courtney on being a devoted mom. And others just adore seeing the little kids all grow up. One fan wrote, “Yay!!! I just subscribed to your channel! ❤️ I can’t imagine how exciting and stressful this time of the year is for you! So many memories to be made though. Merry Christmas!”

And, that’s so important despite the stress of Christmas and multiple birthday celebrations. Courtney surely racks up loads of precious memories to cherish in years to come.