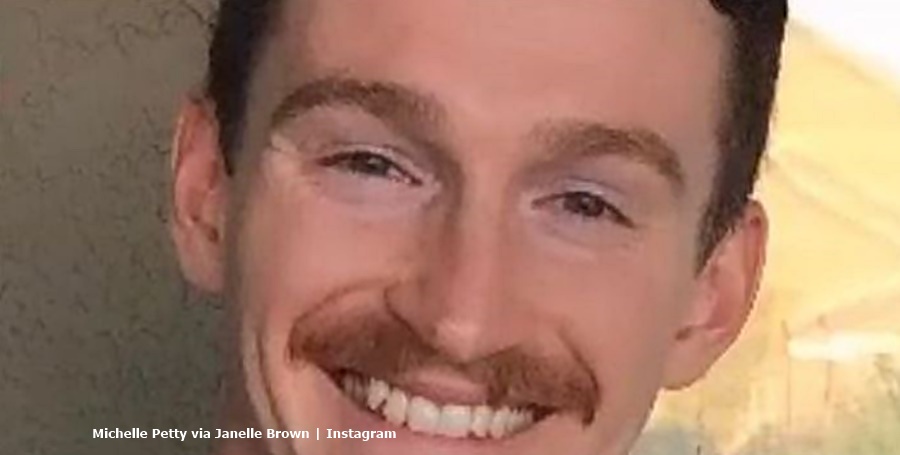 Janelle Brown raised six children with Kody. The Sister Wives mom seems very proud of all her kids. Logan’s the eldest of the six kids. Janelle’s other kids are Maddie, Hunter, Garrison, Gabriel, and Savanah.

Sister Wives fans seldom hear much from Logan Brown these days. He seems fairly private. But it turns out he might just be too busy to spend much time on social media. Mind you, his fiance, Michelle Petty, posts on social media fairly regularly. Fans don’t know all that much about what Logan gets up to these days. And he seldom features on the TLC show.

Logan attended university in Nevada. There, he graduated with a degree in Kinesiology and Exercise Science. That came in 2017, and later the son of Janelle Brown studied business school. Plus fans heard that he worked at something to do with Academic Enrichment and Outreach. Well, Janelle now shared on Instagram about his latest achievement.

On her Instagram on December 16, Janelle shared two photos of Logan standing on the hills overlooking the town. Her long caption praised her son, saying, “Congratulations to my oldest Logan. He graduated MBA from UNLV yesterday.” Then, she noticed that he managed that while  “serving as executive director of a student-run venture capital firm.”

Not only that, but Janelle Brown’s son also made a lot of time for his fiance, Michelle. The Sister Wives mom noted that he also called “his mama once in a while.” Finally, she said, “I am infinitely proud of his work ethic and achievements. And he is a pretty great human!” Certainly, he works hard and his girl Michelle seems like a really great person as well.  We reported that she donated a kidney to a random stranger.

Naturally, many TLC fans sent in their congratulations to Janelle Brown. After all, she raised some really nice kids, fans agree. And, many congrats went the way of Logan as well. One fan commented, “Y’all have the best kids! I’m even proud of them.”

Another fan wrote, “That’s awesome! He went to Lehi with my son back in the day.” Then, someone praised Janelle Brown and Kody as well. They posted up, “Aww, watching him grow up, we all share in your and Kody’s pride, janelle! Congrats Logan!!”

Possibly, now Logan graduated he and Michelle consider marrying. Unfortunately though, as they stay away from the show, the chances of seeing it on TLC screens seem very slim. Possibly, when the big day comes, Janelle Brown shares some photos with her adoring Sister Wives fans.

Would you like to see Logan and Michelle marry and make another grandchild for Janelle? Sound off in the comments below.

Did ’19 Kids And Counting’ Get Pulled On Amazon & Apple?
Fans React to ‘Mom’ Series Finale
Did ‘Bachelorette’ Katie Thurston Just Spoil Her Own Season?
Adam Busby Is Partying It Up In Cancun
‘Below Deck Down Under’: Where Can You Watch It?