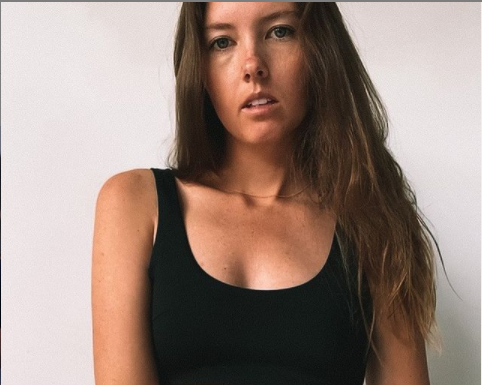 Below Deck star Izzy Wouters has decided to finally let her fans know that she is an ‘#OutAndProud’ lesbian. The reality personality took to social media Tuesday to share her truth with the world. As you would expect, viewers have certainly had a lot to say.

While it seems that Izzy’s close friends and family may have known about her orientation, her fans were in the dark. So, she took the opportunity Tuesday to level fans on Instagram and give them some insight into who she really is, behind the cameras.

The 30-something Aussie posted a humorous still frame photo of herself from the show making a funny face. She captioned the photo by saying

“The face of the straight men who slide into my dm’s when I say – HELLO MY NAME IS IZZY AND I AM OUT AND PROUD.”

She added several hashtags to the declaration including #LankyLezzy #PussyPlease #OutAndProud along with a number of rainbow and heart emoticons.

The post has been live just over 24 hours and has already received nearly 5k likes and more nearly 300 comments.

Below Deck Castmates Show Their Support for Izzy

Izzy’s Below Deck castmates and have reached out to show their support.  Below Deck Meditteranean star Anastasia Surmava reached out in Izzy’s comments “lol you a f—— star” she said.

A co-worker Kasey Cohen also chimed in with words of encouragement – ‘The girls stay winning’ she posted, adding a kissy heart face emoji. Friend and castmate Eddie Lucas also stopped by to show some love in the comments section. “Get it girl!! You the best,” the reality hunk added.

Every member of the LGBTQ+ spectrum will tell you that coming out is a very personal experience. No two people’s journeys are the same and neither are their coming out stories. Izzy Wouters has known for some time that she wanted to come out boldly. However, she realizes now that she may not have had the shock factor that she had originally hoped for.

According to People, the sea-faring Aussie revealed that she joked with a friend about wanting her ‘coming out’ to be something creative. Her friend (whom she did not name) apparently reminded her that fans may have already had an inkling of what was coming. Izzy had previously joked on Twitter earlier in the week about having a ‘platonic work husband’ – which set some gaydar alarms off with show fans.

Why Fans Love Her

Izzy Wouters has not been on Below Deck very long. In fact, she was just added in this season as a regular cast member. During her short time on the show, she has become well-loved by fans for her quirkiness and positivity. In reality television it’s rare to find people who promote inclusivity and the celebration of imperfections – however, Izzy’s fans have found that in her. 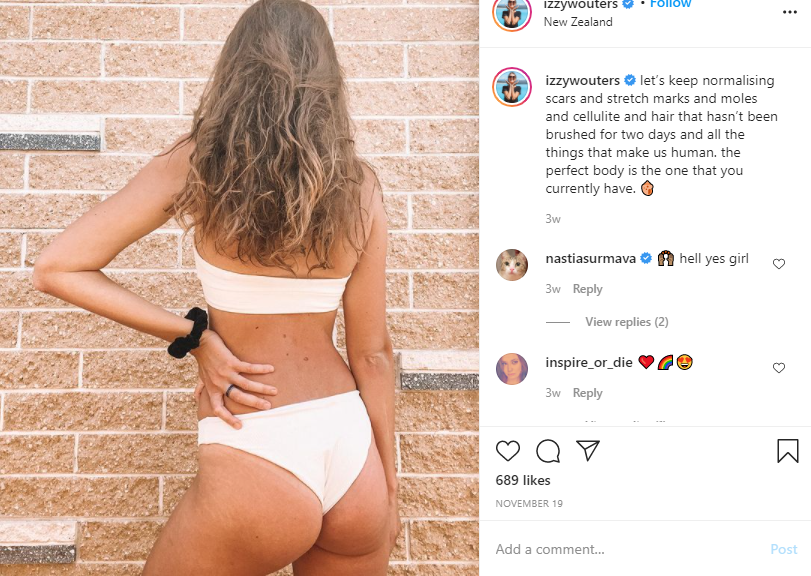 Just last month for example, Izzy took to Instagram in a bikini that showed off her rear end. The post that accompanied the photo was a message of positivity for her fans. “Let’s keep normalising scars and stretch marks and moles and cellulite and hair that hasn’t been brushed for two days.” The Aussie celeb wrote. “The perfect body is the one that you currently have.”

Fans found the post to be a refreshing change. A change from the ‘thirst trap’ style photos they have become accustomed to from younger influencers. We can only imagine that Izzy’s bright spirit and her new ‘Outness’ will only gain her more popularity in the eyes of her fans.

Want to keep tabs on the whole Below Deck crew? Stay tuned to TV Shows Ace for the latest on all your favorite crewmates!