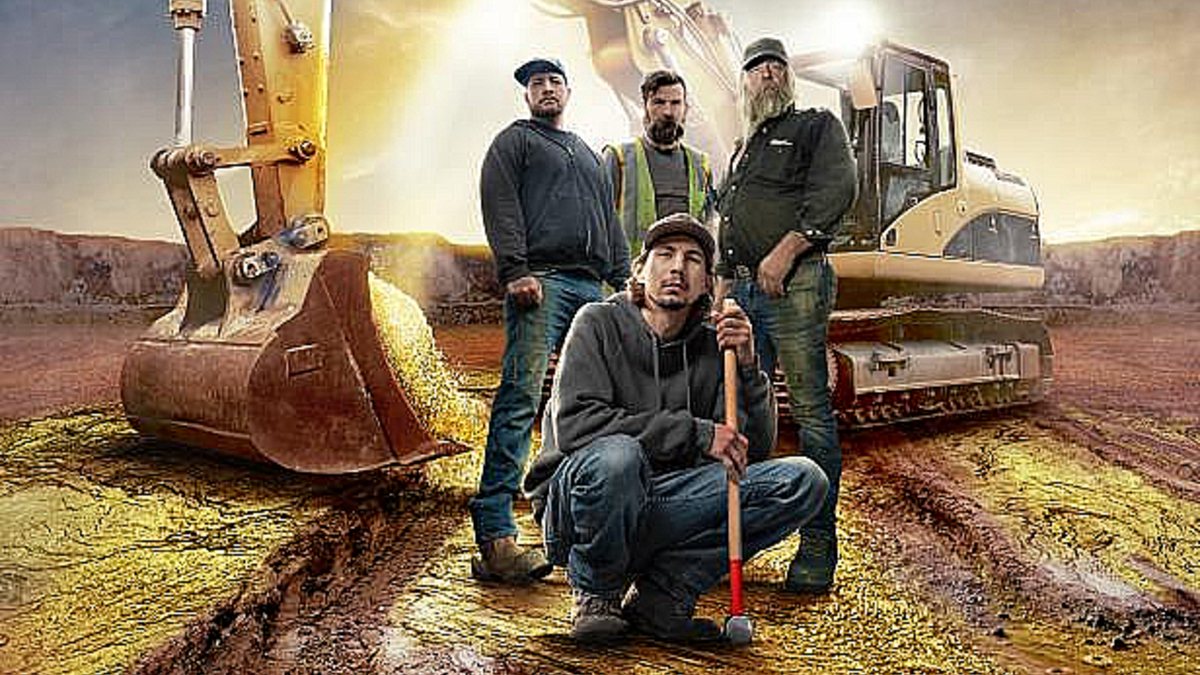 Time to get the New Years and holiday marathon schedule noted and set to record, as Discovery has a full lineup designed to keep your mind off the blizzards, snow events and COVID lockdowns with a nifty schedule of their top rated series.

All their biggest stars, including Josh Gates, the mining crews of Gold Rush and the stunning vistas of the Serengeti and North America are part of the fun.

On New Year’s Day, the shiny stuff that fans cannot get enough of will light up their marathon programming. Gold Rush and the new series, Mystery At Blind Frog Ranch will round out the TV viewing.

Mystery At Blind Frog Ranch digs around the arid terrascape of Utah sorting out the paranormal anomalies that exist on this piece of land. The series follows Duane Ollinger and his 160-acre ranch, Blind Frog Ranch in Utah’s Uintah Basin.

From Aztec treasure to caverns of gold and silver to lost Mormon mines, legends surround Blind Frog Ranch and treasure seekers have been drawn to the land for hundreds of years. After discovering a system of seven underground caves that run through his property, Duane is singularly focused on finding what’s hidden in them – no matter the cost. Duane and his crew will pull out all the stops – and heavy machinery – to find the treasure buried beneath Blind Frog Ranch, even if the land fights them every step of the way.

The lineup for Discovery is a fantastic array of their best programming.

One of our favorite elements is gold (Au) and that particular metal is the focus of several series, especially the number one show Gold Rush. Discovery Channel’s most incredible natural history programming will lead into the debut of Discovery’s new streaming service, discovery+ on January 4,

Following the Gold Rush marathon, viewers can tune-in to a brand-new episode of the show and the series premiere of Mystery At Blind Frog Ranch at 10 PM ET/PT on January 1.

The seven-part series North America is about the diverse and tenacious continent filled with great beauty and danger, as the hostile, untamed wilderness in the most diverse, deadly environment on Earth is explored as viewers can see life in the frigid Yukon Territory, the lush forests of Belize, the snow-capped Rocky Mountains, the barren deserts of the American Southwest. Discovery says:  “[It] reveals a hidden world where life — ranging from the familiar to the exotic — battles deep freezes, deadly fires and explosive super storms. “Survival of the fittest” is truly the law here amid threatening terrain and ferocious weather.”

Emmy-winners Simon Fuller and John Downer’s innovative and stunning six-part series is replete with a lush original score and narrated by Oscar winner Lupita Nyong’o, the series follows the heartwarming stories of a cast of African wildlife including lions, zebras, baboons and cheetahs over the course of a year.

Multi-hyphenate badass Josh Gates and his Expedition Unknown crew traverse the globe investigating history’s greatest legends and mysteries. The global adventures feature iconic unsolved events, lost cities, buried treasures and other perplexing stories. Discovery says: “The audience is along for the ride as Josh goes to the ends of the Earth — often ending up in some unlikely situations where he relies on his knowledge and ability to crack a joke along the way.”

Gold is there for the picking. And detonation and deep excavation. Are you tenacious? Do you have the grit to match Beets, Ness, Schnabel and Lewis who count the northernmost reaches of North America as their place of work?  Discovery says: “Seasoned gold miners, Parker Schnabel, Tony Beets and Rick Ness are joined by greenhorn miners including special forces veteran, Fred Lewis eager to forge their own destinies and gamble like never before in pursuit of the greatest pay day of their lives. Once gold fever strikes, these crews will never give up.”

The episode features Parker prospecting on new ground as Rick Ness digs deep for big gold in a cut he hopes will deliver the biggest weigh in of the season. Fred’s crew member Johnny may have a reprieve from his disastrous moment from December 18th episode.

Duane Ollinger believes there’s a fortune of gold buried beneath his property, Blind Frog Ranch. And he is not going to stop until he gets his hands on the gold – whatever it takes!