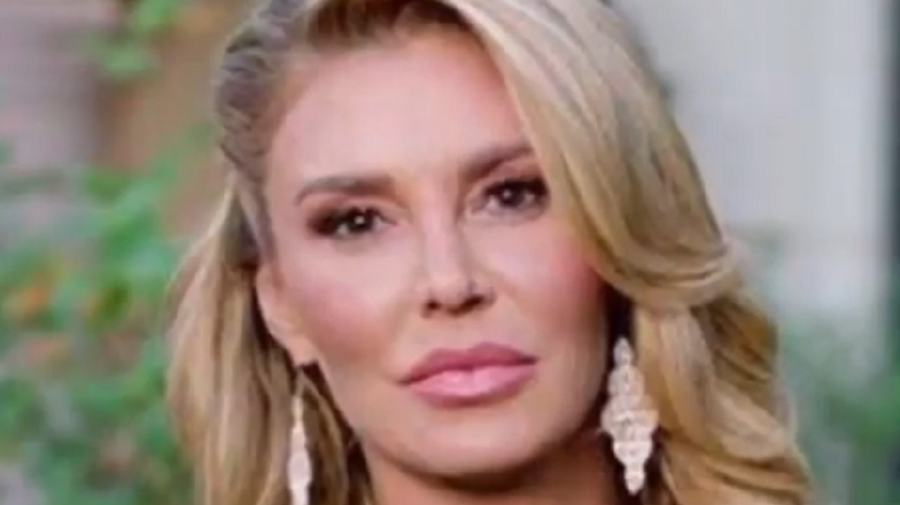 Brandi Glanville threw some shade on the Sun from The Masked Singer. LeAnn Rimes won the fourth season of the singing competition series. Brandi previously revealed that she knew the Sun was the country superstar.

During the Wednesday, December 16 episode, the Sun’s identity was revealed as LeAnn Rimes. She has also been crowned the Masked Singer champion. Not only did she win the show, but she also won the hearts of the panelists. However, Brandi wasn’t feeling the love.

She couldn’t resist throwing shade at the “Can’t Fight the Moonlight” singer on social media. At least that’s what a new report claims.

What did the RHOBH star say?

Following the Masked Singer Season 4 finale, Brandi Glanville took to social media to share her thoughts. Of course, she had to get shady about LeAnn Rimes’s win and reveal.

“Hope my kids bonus mom The Sun Leann Rines [sic] wins the masked singer tonight #Spitfire,” she tweeted on Wednesday, as per Us Weekly.

Fans were confused by the tweet. Some of them thought that Brandi was throwing shade. However, some argued that she was only wishing LeAnn well. It brought up an interesting debate on Twitter.

The Bravo star was married to Eddie Cibrian from 2011 to 2010. The couple shares sons Mason, 16, and Jake, 12. The former couple announced their separation in July 2009. At the time, reports broke that Eddie was having an affair with LeAnn, his costar on Lifetime’s Northern Lights. Brandi finalized her divorce the next year.

LeAnn appeared appreciative of being on the show. However, the “Unfiltered” podcast host claims that the singer thought she was too big of a star to compete on the competition show.

“I think the sun is 100 percent Leann Rimes #maskedsinger although my kids say no way because she told him that she would never do this show because its sooo beneath her,” Brandi tweeted back in October.

In an interview with Access Hollywood, LeAnn admits she was hesitant to do the show at first. Despite thinking she had a good chance to win, she felt she was up against some strong contenders. That included friend and runner-up Aloe Blacc, who she would love to collaborate with again.

Brandi Glanville and LeAnn Rimes’ past

Brandi Glanville was understandably upset by the affair. The “How Do I Live” singer was married to former backup star Dean Sheremet at the time, while Eddie was married to Brandi. The two ladies never became friends as a result.

OK! Magazine previously reported that Brandi asked the country superstar to talk with her to clear the air, but LeAnn declined her offer.

“I asked LeAnn Rimes if she would do the podcast and she said she was going to go ahead and pass,” she said. “She was nice about it. But she’s like, ‘I’m going to take a pass at this time.'”

Brandi has been outspoken about their dynamic over the years. Their feud seemed to have ended in April 2018. Despite both of their efforts, Brandi reignited their feud earlier this year. She claimed that her ex-husband and the Grammy award-winning singer prevented her from seeing her kids.

What are your thoughts? Do you think Brandi threw shade at LeAnn? Sound off below.