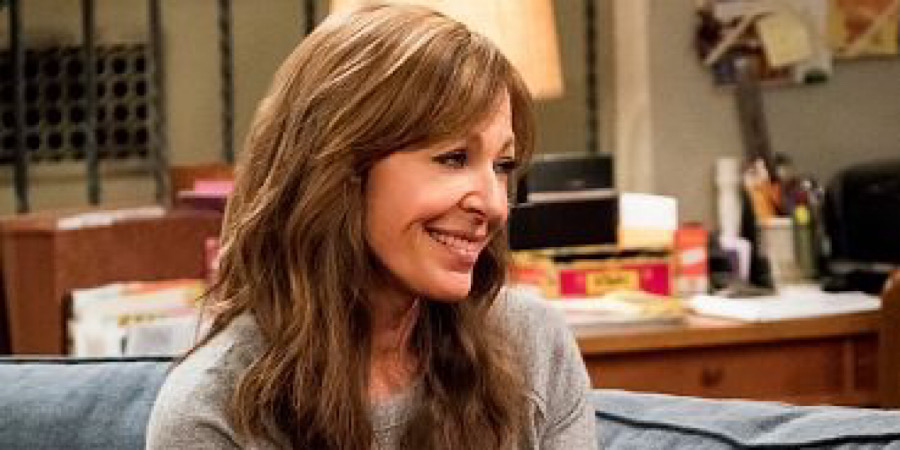 Last time on CBS’ Mom, we watched as Andy broke up with Jill. This came after Bonnie and Adam were invited to a dinner at Jill’s. They could see Jill and Andy were not getting along and attempted to mediate. It seemed to work…until it didn’t. Tammy helped Chef Rudy with his new food truck. It started as a failure but she helped him succeed. The success turned them on and they ended up sleeping together. Tonight, Adam goes on a skiing trip. This prompts a ghost from Bonnie’s past to return.

Despite being in a wheelchair, Adam does not feel limited. He shows Bonnie a video of a friend, also in a wheelchair, skiing. Saying how much fun it looks, she asks if he is going to go. He says “yes.” Though she acts enthused, Bonnie tells the ladies at The Bistro that Adam is going to die. He ended up in the chair due to skiing so why would he go again? Bonnie looks to Marjory for the right words to tell Adam he cannot go but she tells her to be encouraging. Jill chimes in with not saying anything because now she is single. Tammy suggests Jill come with her to mentor down at the youth center.

At the youth center, Jill cannot relate to the girls. She has prestige because she donated a lot of money but no foster experience. Though she did foster a teenager so she should use that. Jill can relate to the girl when it comes to boys so common ground. Back at Bonnie’s, Adam is asking for packing suggestions. She attempts to tell him not to go but backs down each time. Adam leaves and it is very hard for her so she cuddles with their pup, Gus. Jill is seeking solace from the girls at the center about guys. They make her feel young and happy. Tammy tries to educate the girls with life skills but they can’t leave Jill’s side. They keep her from calling Andy.

A Midnight Ghost Visitor For Bonnie On CBS’ Mom

To ease her mind, Bonnie rearranges the apartment. She cannot get in touch with Adam and she may have lost Gus somewhere in the clutter. Bonnie finds him on their bed with Adam’s winter hat in his mouth. After a lunch with the ladies at The Bistro and a list of all the people who’ abandoned her, Bonnie is walking from the kitchen. It’s the middle of the night and someone is waiting for her: Alvin. He was Christy’s father and her one true love who passed away in Season 2. Alvin showed up to be a shoulder for Bonnie to lean on.

He knows she is in a great place and is happy. She does not want to lose Adam like she lost Alvin. He makes her laugh and holds her hand. Alvin says he is watching out for Bonnie, Christy, and even Adam. This leads her to end up in bed, smiling and peaceful. Tammy goes to the head of the center to talk about Jill. She feels Jill is taking advantage of her relationship with the girls. Instead of mentoring the young ladies, they are mentoring her. It’s very hard because she is a platinum donor. Tammy now has to tell Jill what her real purpose as a mentor is.

The girls arrive and want to do a TikTok will Jill. She refuses but whispers they can do it later. Adam arrives home and says he cannot wait to go again. Bonnie says he will not go again because she was scared the entire time. She brings up Alvin briefly but Adam says he will still go again. He misses his old life of adventure. She says he can go do whatever he wants and he invites her to come next time.