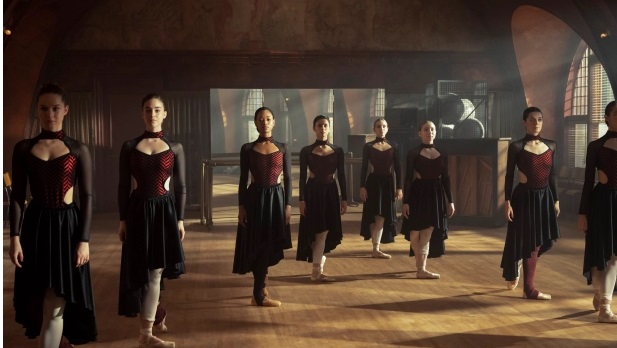 Tiny Pretty Things just dropped in Netflix a few days ago and subscribers already wonder if a Season 2 will happen. The series is based on a book written by Dhonielle Clayton and Sona Charaipotra. The book was published in 2015. And, it is just a little shy of 400 pages in length.

As we previously reported, Tiny Pretty Things is getting a lot of heat on social media. On Twitter, in particular, subscribers feel the streaming giant really over did it with the amount of sex scenes. The series is supposed to tell the story of a bunch of teenagers an an elite ballet school with a lot of dark secrets. Subscribers wished the series focused more on the dark secrets and mystery as opposed to squeezing a lot of sex into what felt like every other scene. Likewise, subscribers felt uncomfortable with the series portraying teenagers having so much sex.

Has Netflix renewed for a Season 2, yet?

According to The Sun, Netflix has not made a decision regarding whether to renew or cancel Tiny Pretty Things. But, this isn’t that unusual. The series has only been out for a few days. Netflix usually likes to wait and see how the series plays out. Especially with those who do not jump on and watch the series as soon as it is released. Some subscribers don’t find a new series such as this to watch until much later.

Does Tiny Pretty Things leave the door open for more?

There is always a cause for concern when a series is based on a book. Those who have watched Season 1 know the mystery introduced does come to a close by the end of the season. So, does that really leave the door open for a Season 2? Fortunately, there is a lot of source material left for the streaming giant. In fact, there is a sequel to this book. The sequel is called Shiny Broken Pieces. It was also written by Sona Charaipotra and Dhonielle Clayton. And, it mostly picks up where the previous book left off.

Likewise, Season 1 does come to a close setting things up with the opportunity for a perfect “who did it” mystery for Season 2. If Netflix does renew Tiny Pretty Things, it will likely be a while before we see the new season. After all, no renewal news means they haven’t started working on Season 2. Moreover, the controversial reviews on social media could push Netflix in the direction of canceling.

‘BIP’ Natasha Parker Is Moving On, Saying Goodbye To The Past
‘Y&R’ HUGE Spoilers: Victoria Is On To Ashland, Wedding Day Fail?
‘Love After Lockup’: Are Kristianna & John Expecting A Baby?
‘Darcey And Stacey’ Season 2 Episode 10 Recap- September 20
Riley Christian Shares If He’s Spoken To Brendan Morais Since ‘BIP’