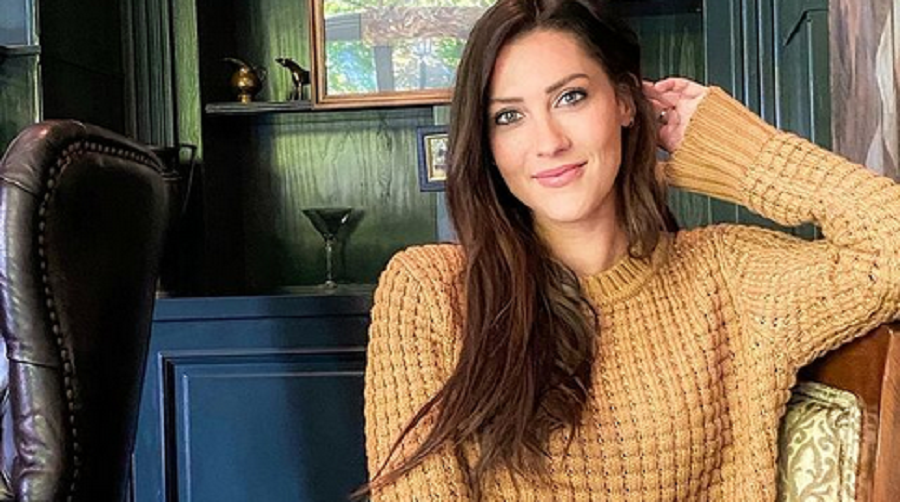 She recently took to her Instagram Story to call out her famous ex. She offered followers advice on how they can avoid their exes on social media. It’s a simple little method that she learned on her own. Some fans think this is Becca’s way of throwing shade at Garrett.

Former Bachelorette reveals how she avoids exes on social media

Three months after their split, Becca Kufrin can’t seem to escape Garrett Yrigoyen. On Monday, December 14, she answered fans’ questions on her Instagram Stories. One fan wanted to know her favorite song from Taylor Swift’s new album evermore. Becca said she likes “Long Story Short,” which is about the singer’s past relationships.

Another fan wanted to know if Becca knows how to avoid seeing exes on social media. She had a simple resolution.

“So there’s this really awesome tool on Instagram, it’s called the ‘unfollow button’ and it’s going to be your best friend,” she said sarcastically on her Instagram Story.

Fans of the Bachelor Nation alum took to Reddit to discuss Becca’s responses. Some think it was a reponse to Garrett Yrigoyen. During the Q&A, she also shared her thoughts on changing her last name. However, other fans don’t think Becca was talking about her ex-fiance.

“I don’t think this is about Garrett. I remember her being very upfront about this on her season/past interviews,” one fan wrote on Reddit.

However, some fans think both were shady references towards Garrett.

“God Garrett was the worse,” another user shared.

During the Instagram Q&A, Becca revealed whether she would date again. She simply responded: “I will start dating preferably when restaurants open up again and when I find somebody who is not offended if I keep my last name.” This response led fans to think Becca was throwing subtle shade at Garrett.

Other answers during the Q&A seemed to have referenced her past relationship with Garrett.

One follower asked Becca how to know if they found true love. She responded: “I think somebody meant to send this to somebody else and not to me. So, if anyone finds out how to answer this, DM a girl, thanks.”

The details on Becca Kufrin and Garrett Yrigoyen’s split

In September, the “Bachelor Happy Hour” podcast cohost announced her split from Garrett Yrigoyen. Their breakup came after months of separation rumors. Becca Kufrin was emotional when she addressed their split on her podcast.

“I don’t think it’s going to come as a shock to anyone, but Garrett and I have decided to end our engagement,” she said at the time. “After many conversations, we came to this decision.”

Becca claimed their split wasn’t “based solely off of one Instagram post” or the comments from Bachelor Nation. There was more to the story. The couple dated for two years after meeting on the ABC dating series in 2018. Breakup rumors surfaced earlier this year when Becca didn’t know where they stood after Garrett supported the police amid the Black Lives Matter protests.

What do you think? Do you think Becca threw shade Garrett? Sound off below.