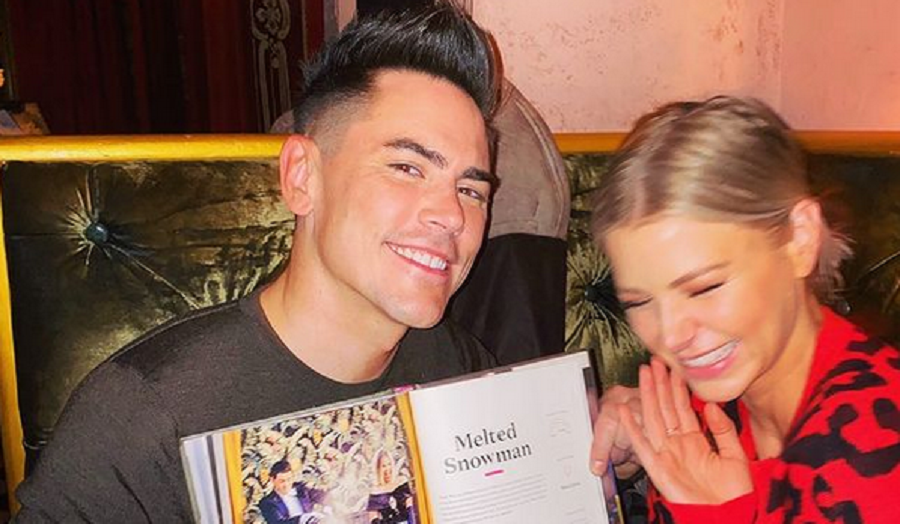 Ariana Madix had her fans thinking she’s pregnant. She confused them with her latest Instagram post. The 35-year-old is taking charge of her reproductive health. However, some of her fans took it the wrong way.

They thought that Ariana’s Instagram photo was a pregnancy announcement. As fans know, something’s in the Los Angeles waters. Currently, there’s a Pump Rules baby boom. Brittany Cartwright, Lala Kent, and Scheana Shay are all pregnant with their first child, along with former cast member Stassi Schroeder.

Fans have been waiting to see who’s going to be next. In the meantime, Ariana brought fertility to the forefront.

On Monday, December 14, Ariana Madix shared a photo of herself holding up a digital thermometer. However, fans thought it was a pregnancy test. In her lengthy caption, the reality star promoted a birth control app. She uses it to read her body basal temperature. Ariana also touted the importance of the calendar method, also known as the rhythm method.

Fans flocked to the comments section. Some of them admitted they had to do a double-take when they saw the photo. VPR fans have babies on the minds, no thanks to the cast members. Here are just some of the comments:

Despite the confusion, some followers thanked Ariana for making reproductive health an important conversation. Others congratulated her for focusing on natural family planning. However, these comments just confused fans further. They wanted to know if Tom Sandoval and Ariana are trying for a baby.

Ariana Madix has no interest in having children

Pump Rules fans should know that Ariana Madix has no intentions of trying for a baby. She said on previous seasons of the Bravo series that she doesn’t want to be married with kids. Even Tom Sandoval has respected Ariana’s decision. The longtime couple just purchased their new home in Valley Village, but that doesn’t mean they’re expanding their family.

In a previous interview with Us Weekly, Ariana said she’s “too busy” to ever have kids. The television star said she would rather focus on her business, traveling, and going to outer space one day.

“It’s not on the agenda for us,” she said at the time. “I feel like I have way too much stuff I have to do.”

However, Sandoval is open to the idea of adoption. He said he would love to adopt kids someday, but he’s “not saying I definitely have to have kids.” The TomTom co-owner has become flexible thanks to Ariana’s personal choices.

Ariana’s photo is just the latest in a series of fake-outs. TV Shows Ace previously reported that fans thought she looked pregnant in an Instagram selfie. Ariana also poked fun at the Vanderpump Rules baby boom by sharing a photo of her bloated belly on her Instagram Story.

What are your thoughts on Ariana’s latest post? Were you confused as well? Sound off below.