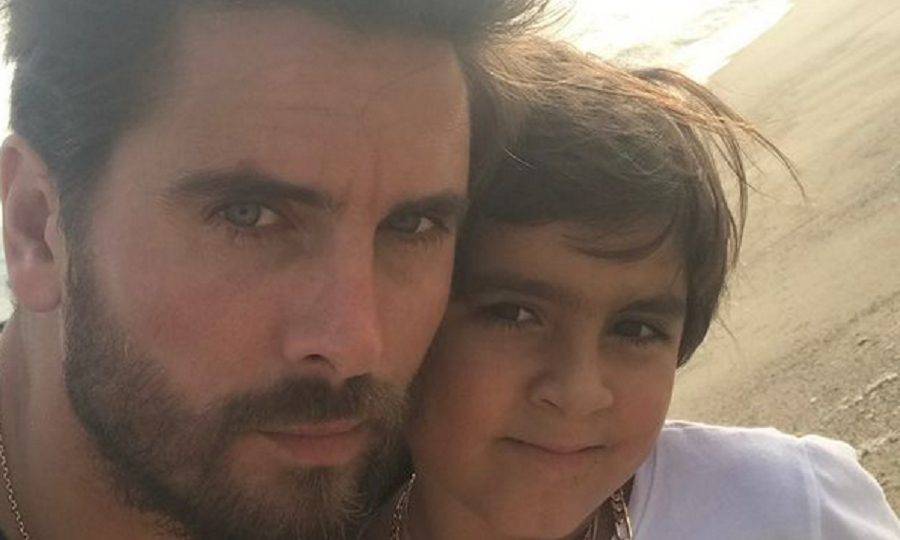 Scott Disick posted a sweet tribute to Kourtney Kardashian. He made it clear that he’s extremely proud of the mother of his children. The couple shares three kids, Reign, 6, Penelope, 8, and Mason, 11. In his latest Instagram post, Scott called Kourtney the “best baby-maker in town.”

He also professed his love for his ex-girlfriend and their family. This comes amid the dating rumors. Reports claim that Scott is dating Lisa Rinna and Harry Hamlin’s daughter Amelia Gray Hamlin. Meanwhile, fans think Kourtney has been posting about Scott on social media.

The Flip it Like Disick star decided to show some love for Kourt.

Monday, December 14 was the sixth and 11th birthdays of their sons Reign and Mason, respectively. Scott Disick posted a photo of the couple along with their kids on the staircase. In the heartfelt post, the reality star shared his love for Kourtney.

“Thank you @kourtneykardash for being the best baby maker in town, I couldn’t have asked for a better person in the world to have these amazing children with,” Scott wrote in the Instagram post. “I love u and our family more than anything in the world.”

Kourtney and Scott ended their nine-year relation in 2015. Since then, the famous exes have become respectable co-parents. They even made jokes about their relationship, proving they’re past it. During the Keeping Up With the Kardashians Season 19 finale, they joked about having a fourth child together.

They’re also famous for dating other people – especially much younger people. Scott Disick dated Sofia Richie for a couple of years before calling it off earlier this year. Recently, he’s been spotted with Amelia Hamlin since late October. Their relationship has taken off ever since their Halloween date.

TV Shows Ace previously reported that Amelia shared a selfie of herself with Scott on Thanksgiving Day. She told her followers that she’s lucky to have her family, friends, and Scott in her life. However, sources told People that Scott is not in a hurry to start dating again. As for him and Kourtney, they will eventually get back together.

Over the weekend, Scott Disick celebrated Mason and Reign’s birthdays. However, it was spent at home amid the coronavirus pandemic. The Talentless founder shared a photo on his Instagram Story of Reign cradling a white snake.

“Happy birthday,” Scott wrote in the post. He then followed up with a photo of silver balloons that spelled out Mason and Reign’s names. Kourtney also shared multiple photos on her Instagram Story on Monday to commemorate their sons’ birthday. In a photo of the brothers, she wrote “I’m crying” and “Thankful.”

What are your thoughts on Scott’s Instagram post to Kourtney? Sound off below in the comments section. Don’t forget to check back with TV Shows Ace for all things Scott and Kourtney.

Jill Dillard Shows Off Her Garden – Does She Have A Green Thumb?
‘Fat Amy’ Is Out, Amy Halterman Identifies As Skinny Now: See Photos
Anna Duggar Snubs Husband Josh On Father’s Day 2021
Katie Thurston Warns Fans: Keep Your Unsolicited Advice To Yourselves
Ariel Winter Puts Cleavage On Display In Shirt With Plunging Neckline