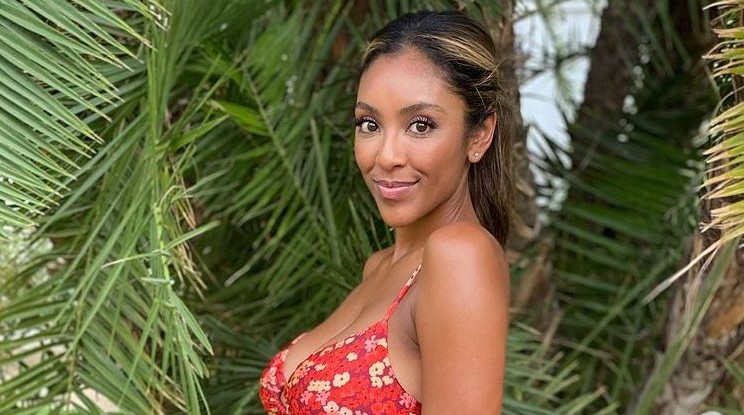 The Bachelorette fans are in for a wild ride. It’s been a long time since Reality Steve has not been sure of the finale. And, now, with just four episodes left of Tayshia Adams season, he is admitting he has no clue. All he has right now is what he’s been hearing. However, he has no proof. So, in a first for him, Reality Steve is releasing information on pure speculation and no solid proof. Buckle up and get ready! Tayshia’s season is about to get complicated! Warning! Spoilers Ahead!

Reality Steve in a first time ever is actually confused as to what goes down from tonight moving forward on The Bachelorette. He went to his blog today to share a first for him. Not only is he admitting his initial spoilers were wrong, he is also saying he is pretty much clueless as to what actually goes down.

In a huge twist, Steve was wrong about Tayshia’s final two. He initially said it was Zac Clark and Ben Smith who were final two. Wrong. He confirmed that Ben is actually eliminated tonight after hometowns. However, in previews, fans see him talking to Tayshia in scenes not from tonight. So, Ben shows back up. Steve is saying he thinks this happens finale night.

Another thing Steve has reported is that Brendan self eliminates himself. He is now saying he isn’t sure if this happened. At this point he’s not sure who the final two even are.

Steve’s information for the finale

First, Steve said that Tayshia chooses Zac at the end but they didn’t get engaged. He also said at the time he didn’t know the status of their relationship. Now, his thoughts have changed or at least now he’s not sure what happens.

Steve now said,  “Do I think she chose Zac in the end? I honestly do not know anymore. Maybe? I guess? Kinda? However, I can now tell you what I’ve been told for the last month by two different sources.”

So, what is Steve hearing about Tayshia? He heard now that Tayshia did choose Zac. However, reports were given to him that they broke things off already. A source is saying she is back in touch in Brendan and they are slowly working on a relationship.

He’s also heard Brendan self eliminates next week. He thinks that is what the previews have been setting everyone up for. However, he says he just doesn’t know.

So, with that information if Brendan does go home next week that means Ivan and Zac are final two. But, again, Steve admits he really doesn’t know. He said, “This season has just been an anomaly. I’ve never not had some info I felt comfortable standing by before the finale. And as of now, I don’t for Tayshia.” He actually said he thinks he knows more about Matt James finale then he does Tayshia’s. And, he doesn’t think he will get any answers over the next week. So, everyone will basically be going into finale night blind.

This is crazy! Steve said, “This is gonna make for one interesting last week I tell ya’. Buckle up.”

Chase Chrisley Likens Father Todd To A Tornado, And Here‘s Why
‘Young And The Restless’ Weekly Spoilers: Nick Confronts Ashland, Wedding On Or Off?
Tom Schwartz Says He’s ‘Working’ On Two Babies
‘RHOBH’: Lisa Rinna Corrects Sutton Stracke Accusations
‘Storage Wars’ Barry Weiss Is Back, Asks ‘Did You Miss Me?’