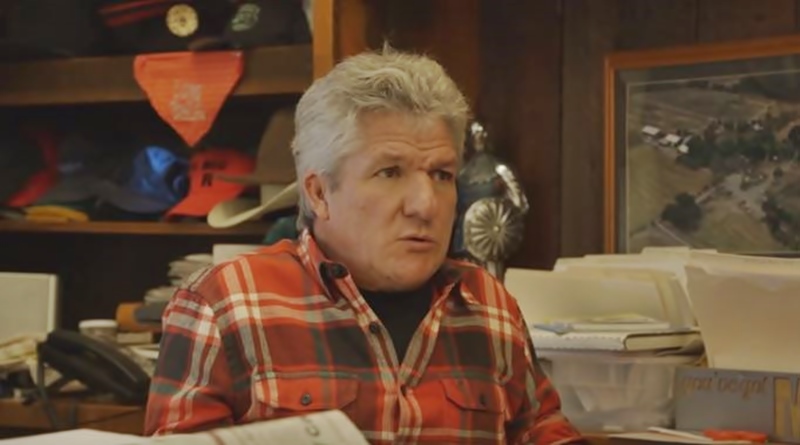 Matt Roloff got a shock when he discovered purchases made on his credit card number that he didn’t make. Obviously, he’s upset about that. But he’s also pretty furious with the merchant who sold the goods. The Little People, Big World star said they refused to disclose what was purchased. And apparently, the company’s not interested in his problem.

The card fraud obviously brought a bit of a shock to the Little people, Big World patriarch. They stay in Arizona at the moment and seem to be enjoying themselves. Recently, we reported that he and Caryn made a day of it and “visited the Wildlife World Zoo, Aquarium & Safari Park.”  Plus it sounds like Matt spent some time online buying gifts for the Christmas season.

However, someone else also decided on a Christmas splurge. But at his cost. Looking horrified, Matt Roloff ranted about Abu Garcia Fishing. Ironically, their Instagram page bears the words, “Decades of experience. Obsession for detail.” Actually, Matt seems really angry that their “obsession for detail” doesn’t extend far. Allegedly, they won’t help out with details on his card fraud experience.

In his post, the LPBW patriarch noted his “Bizarre experience.” Apparently, his bookkeeper picked up fraudulent transactions.  Actually, four of them happened inside the “last 2 days.” As seems rather common, it started off with a “small purchase.” Then it got followed by more and finally reached a total of about $3,000.00. Concerned,  Matt contacted the merchant company for details.

Matt Roloff noted that he shopped for Christmas recently, and sometimes, it’s possible a charge came through via another company.  The TLC star added, “apparently that happens.” But, their response shocked him. They allegedly said, ” sorry.. it’s our policy not to fix these problems.” Plus, they wouldn’t look up and tell him what he supposedly purchased.

Really angry, Matt added, “Who wants to do business with a company that doesn’t want to address fraud charges caught before they even ship the product?” And, he called them out, writing, “shame on @abugarcia_fishing for passing these ‘inconvenient charges offs’ on to your customers so carelessly.”

The LPBW star chatted with his fans who responded to the post. Some of them suggested that credit card companies usually respond well. Often, they reverse the transaction. In the comments section of the post, a fan wrote, “It is SO common, go to your bank to cancel card & dispute transactions.” Matt said, “Yep. That’s exactly what I did.”

Well, many of Matt Roloff’s fans agree it’s strange a company won’t even give him details on his purchase. And it seems like people agree it’s poor customer service. One fan noted, “That’s definitely not the kind of company I’d want to purchase from. 🤦‍♀️.”