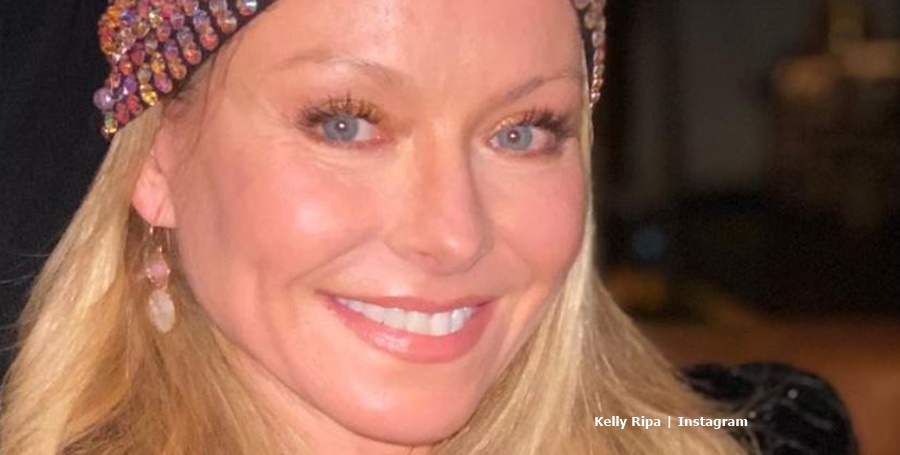 Kelly Ripa joined other celebs with the Kickstart Challenge. On Tuesday, December 14, the Live With Kelly and Ryan host started off her day extremely energetically. And some fans noted that the 50-year-old looked like a teenager as she danced around her kitchen.

On her Instagram. Kelly shared a video of herself full of energy as she readied herself for the day. She put on a Madonna number and energetically got into her morning routine. Actually, some fans thought it looked rather exhausting. One of them wrote, ” I’m exhausted just watching all that energy 😂❤️.”

Kelly captioned her post with, “Here’s to kickin’ away 2020 and just kickin’ in 2021. Join the #KickstartChallenge and show me three ways you’re improving your morning.”

Despite a lot of energetic dance removes, she actually only managed a mouthful of vitamins and put away two plates in the cupboard. Nevertheless, fans admired her energetic start to the day. Meanwhile, some of them noticed that Kelly looked like a teenager in the video.

While one fan thought she looked so good because Mark Consuelos came home, others talked about her youthfulness. One Live With Kelly and Ryan fan noted, ” You look like a teenager! 😊” And another one wrote, “Beautiful, you look like you are 20 years old ❤️👍.”

Someone else commented about Kelly Ripa and Mark Consuelos. They noted, “So beautiful you and your husband never age.” Actually, they both seem ageless. Somehow, despite busy work schedules, they obviously find the time to keep fit and healthy.

Most people know that wealth brings the opportunity for plastic surgery and Botox treatments. Well, Kelly never really hid her procedures from the adoring public. In fact, back in 2o13, she first opened up about it when speaking with Elle. After working out without working up a sweat, she said, “It’s the Botox.” Apparently, it helps her avoid “sweating” by she gets the jabs in her armpits.

Plus, she regularly takes injections elsewhere on her face. But, she claimed at the time, it just helped her makeup team. Back in 2013, she hadn’t undergone plastic surgery. But since then, she went and had it done in on her earlobes. She blamed home-job ear piercings as a teenager for that. But Kelly Ripa vehemently denied she ever had a nose job.

Fans wish they could look as young and energetic as Kelly

No matter how she stays fresh and full of energy, fans just wished they could also be so young-looking and energetic.  One of them said to Kelly, “You are just to cute. I just love you. I love your energy…love your humor….especially love your taste in music. Keep on rockin Kelly Ripa 😁.”