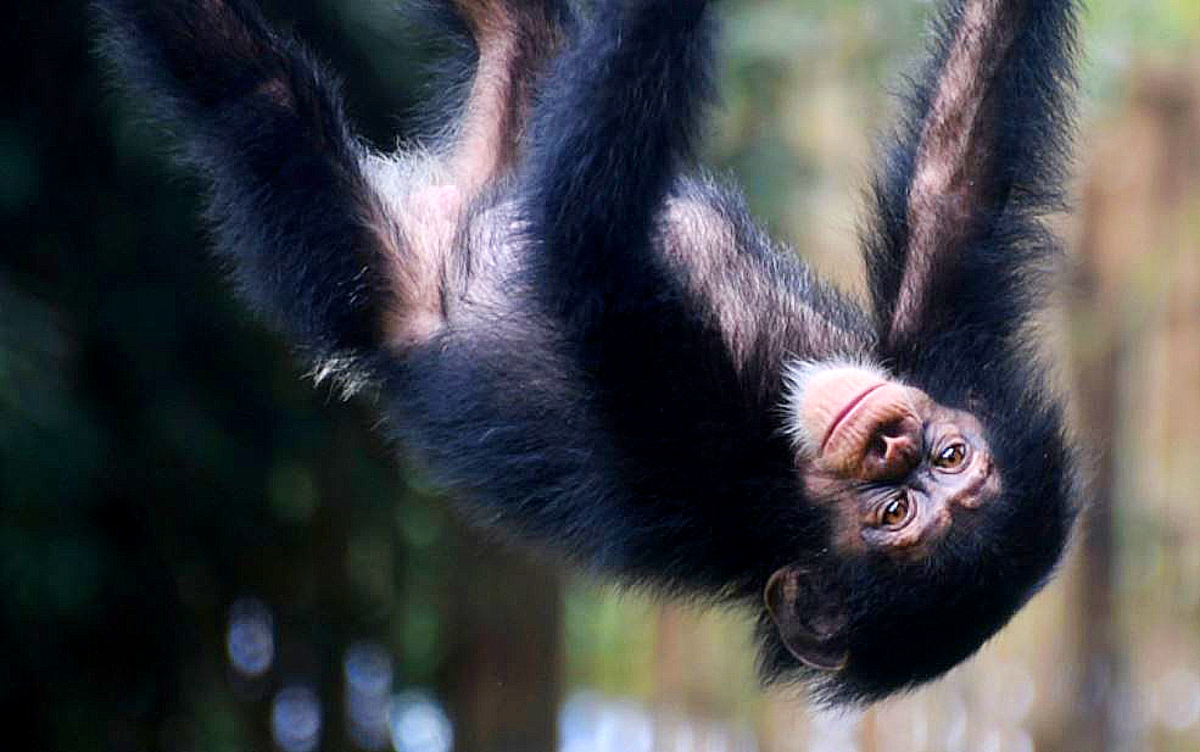 Baby Chimp Rescue finale is this weekend on BBC America, and the Liberia Chimpanzee Rescue & Protection team headed by the Desmonds are working hard despite the odds and stress that are piling up. Lessons are starting for the baby chimps in their compound in Liberia, Africa.

Veterinarian Jimmy Desmond and Jenny Desmond and their team have 38 chimps all rescued from the illegal pet trade, but they are running out of space.

The Desmonds want to build a new sanctuary where the chimps can live a more natural life. But first school is in session for them to behave like wild chimpanzees.

Dangers, finding food and more are what they need to know, but money is an issue and there is overcrowding.

The Desmonds are worried. A sudden death has pushed them all to the breaking point on this finale installment of the series.

Older chimps are also kept on their property, survivors of the poachers and illegal trade. All of them are dealing with various levels of trauma. The Desmonds work hard to socialize them and get them to a better place emotionally.

About the Baby Chimp Rescue series

His work is featured on this third and final episode of Baby Chimp Rescue and the finale episode, A New Beginning, sees the team reaching a breaking point now caring for 38 rescued baby chimps, and the orphans have their first taste of life in the forest.

The three-part series narrated by Gillian Burke (Blue Planet UK), from executive producer Jo Shinner (Planet Earth: A Celebration), follows an American couple, Jenny and Jim Desmond, as they teach their 21 rescued baby chimps how to survive on their own.

Husband and wife Jim and Jenny Desmond act as parents to 21 orphaned baby chimpanzees. But their home in Liberia is rapidly becoming too small for this energetic troop of animals.

Stretched to their limits, the Desmonds are building a sanctuary in the forest so their primate rescues can live as natural a life as possible. But before they can move out, these orphans need to learn how to exist as wild primates.

Welcome to baby chimp school, where lessons are taught by Jim, Jenny, a team of local caregivers and chimp expert Ben Garrod. Star pupils include Max, the cheeky future alpha male who is easily distracted from lessons. Ella, the youngest, is a very fast learner. And Lucy, the cleverest, helps teach the others what to do. The series also highlights the work the Desmonds are doing with the wildlife authorities to rescue endangered chimps and teach the public that chimps are neither pets nor food. With the wild chimp population in free-fall, they’re in a race against time to change the way people see chimpanzees – before they disappear forever.

Jim and Jenny Desmond have chimps over-running their home and even their bed.

The arrival of an eight-week old infant and an adult male chimp brings new challenges.

The team reaches a breaking point now caring for 38 rescued baby chimps, and the orphans have their first taste of life in the forest.

Tune in to see their good work on BBC America this weekend: