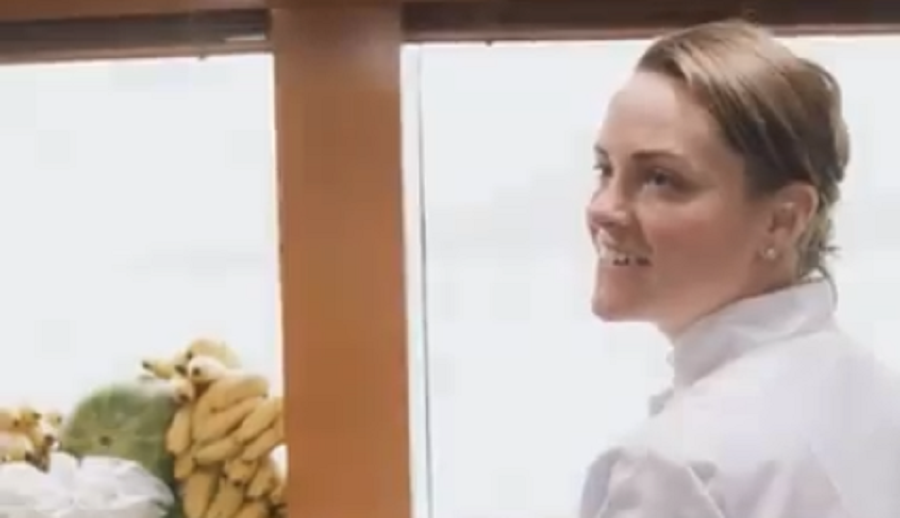 Below Deck Season 8 made history on Monday, December 14. The new episode showed two crew members departing the boat. First, deckhand Shane Coopersmith was out after three strikes. He seems confused that he had to leave the boat.

It also looks like Chef Rachel Hargrove quit the show. It all started during the preference sheet meeting, which didn’t end peacefully. Amid missing her Italian boyfriend and feeling stressed over her work, it was this “ostentatious” preference sheet that had her losing her mind.

So, she quit on the spot. A flurry of words was exchanged between Rachel and Captain Lee Rosbach. But she didn’t want to deal with these demanding charter guests.

What made Chef Rachel Hargrove quit?

Towards the end of Monday night’s episode of Below Deck, Captain Lee had a preference sheet meeting with Chef Rachel Hargrove, bosun Eddie Lucas, and chief stew Francesca Rubi. He read through the lengthy preference sheet of upcoming charter guest, Bryan Guarnieri of Coldwell Banker. The guest is known as North Carolina’s top realtors who expect “nothing but the finest service during his charter.”

Bryan also goes on to describe himself as a stay-at-home dad who owns 13 dogs and tortoises. His outlandish preferences ranged from American fine dining to rainbows and unicorn floats and some authentic New Orlean cuisine mixed in. He also wants a 10-course dinner at some point. Chef Rachel lost her mind when she heard the requests.

Captain Lee and Eddie raised their eyebrows at her response.

Rachel pushed the preference sheet away and quit on the spot. Some of her crew members assumed this was part of her eccentric personality, but she wasn’t joking.

“I’ll start packing now,” and noted that the “ostentatious bulls***” was one of her reasons for leaving.

Captain Lee suggested they should talk to the charter guests “and see if they’re as ostentatious as they appear on paper?” But then Chef Rachel tells Lee to “go f*** yourself.”

“I’d rather not do that,” Lee cooly responds.

The first in Below Deck history

During his confessional, Captain Lee Rosbach admitted that it was the first time that a chef quit on him in the middle of a preference meeting. They only had 24 hours before the charter guests came on board. So, it would be impossible to fill Rachel’s position.

“This is a first for me. I’ve never had chefs walk off the day before we’re supposed to pick up,” he said.

In her confessional interview, Rachel claimed the preference sheet was “absolutely ridiculous.” She admitted that she felt “overwhelmed,” so she quit on the spot. If she didn’t “walk away,” then she would have exploded on the job. However, it wouldn’t be the first time that chefs exploded on this show.

Of course, the Below Deck chef made sure to get in a few more “eat my c***ers” and other profanities. She even broke the fourth wall, which is unheard of in Below Deck history. As fans know, crew members can’t even interact with the camera crew. She called them “hounds” before having more choice words for them.

“I’m tired, you can eat my a**,” she told the cameraman. “In your best interest, I really think you should f***ing call your hounds. That’s not cool so get the f*** out.”

Then, she gave the camera the middle finger. Rachel immediately left the boat and drove away in a van. Lee fears that he’ll have to tell the charter guests that their charter’s now canceled. It would be the first time in 35 years that he would ever have to do that.

Does Chef Rachel really quit though?

Former Below Deck chief stew Kate Chastain appeared on Watch What Happens Live with Andy Cohen. She shared her experience working with Rachel. Since the two worked in the past, Rachel’s reaction wasn’t surprising to her. Kate claimed that Rachel has quit and stormed off the boat many times in the past. But she always returned the next day.

On #WWHL, @Kate_Chastain said she wasn't surprised by @HargroveRachel's behavior on #BelowDeck: "That's what I like about Rachel. She is wild and crazy, but she's so creative even when she's being crazy." pic.twitter.com/NKBgzCXPL7

Fans were also shocked to see Rachel become so upset with the preference sheet. Others were in awe of her colorful language. Viewers will have to tune in next week to see if Rachel will make a return. Below Deck airs on Monday nights at 9 p.m. ET on Bravo.

Joey Fatone Slams ABC’s Decision To Fire Tom Bergeron From ‘DWTS’
Fans Go Crazy Over Jackson Roloff’s New Friend Being Caged
Which Duggar Courtships Seem To Be In The Works?
Colton Underwood Reacts To Chris Harrison’s ‘Bachelor’ Exit
‘Bringing Up Bates’ Preview: The Family Is In For A Huge Shock