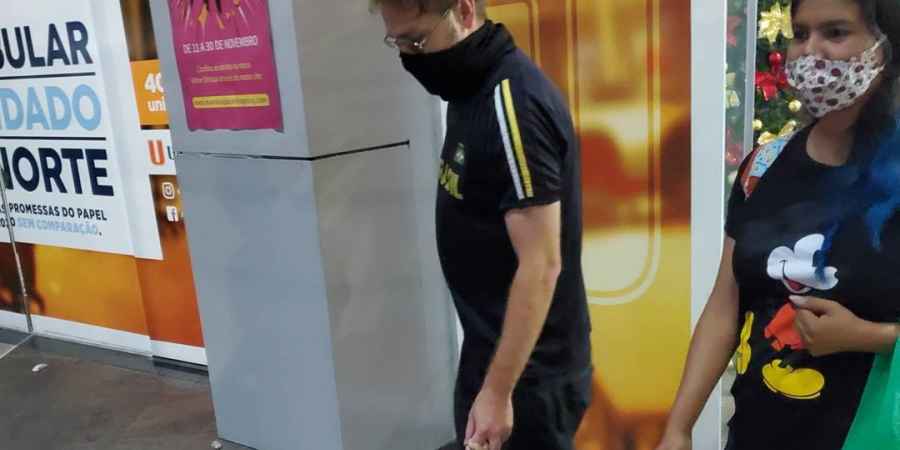 It seems the marriage between 90 Day Fiance: Happily Ever After? alums Paul and Karine Staehle is not totally in a happy place yet. After all the massive problems the couple went through this year, their marriage is still in crisis. Paul is asking fans for their prayers for his marriage this Christmas season.

This is one 90 Day Fiance couple that can’t seem to catch a break. Paul and Karine’s marriage has been a rollercoaster ride so far. However, fans believed they were doing better. However, as Paul now asks fans for their prayers this Christmas season, it is clear they have a way to go yet.

One of the major reasons for their problems is the fact that Karine wasn’t happy to move to the States. She hated having to leave her family behind in Brazil. However, their main reason for moving was that Paul couldn’t get a job in that country. He couldn’t understand why his wife didn’t like living in the States. However, it seems Karine never wanted to live there.

Even in America, Paul struggled to put a roof over his family’s heads and flat-out refused to find a job. This led to an explosive fight, where police were called to their home. For a while, Karine was missing and everyone worried that Paul had done something violent to his wife. Following this, both parties took out restraining orders against the other, fighting for custody of their son Pierre. They were planning on divorce but eventually reconciled.

The family moved back to Brazil and, as far as fans knew, they seemed to be doing well together. In fact, they are expecting their second son. And all was good, at least until now.

Paul has a weird sense of humor, which is clear from a bizarre wish list he posted for the holiday season. As most fans know Paul and Karine have been having a rough time and he asked for their “prayers.” Before doing so, however, he totally confused his Instagram followers.

Paul recently posted about wanting to go on an adventure in the Amazon jungle. However, as fans know, he would be totally afraid of doing so. Instead, as noted by In Touch, he took to his Instagram Story. He wrote, “Next pages are my Amazon.com wishlist.” However, on the next page, he posted a “just kidding” gif. Staehle then revealed he has been wearing his wedding band around his neck, next to his cross. This is because he says his marriage desperately “needed Jesus.”

Fans didn’t it too amusing, especially after the trouble they went through in Kentucky with their explosive fight. However, with them both being together in Brazil, hopefully, Paul will have his prayers granted.

Fans can keep up with the latest 90 Day Fiance couples on Season 8 on Sundays at 8 pm ET on TLC.