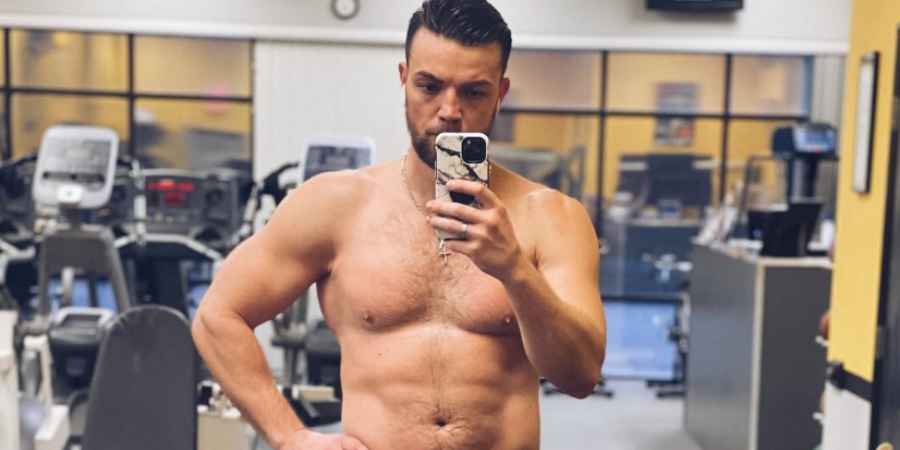 90 Day Fiance: Happily Ever After? fans are happy to hear that Andrei Castravet now has a job. Following his reality TV appearance, he had become a digital creator and is also making cash via his OnlyFans account. However, a semi-nude image has surfaced online, which has drawn mixed reactions from fans.

Fans followed Andrei and Elizabeth Castravet’s story on Season 5 of 90 Day Fiance: Happily Ever After? The couple had problems due to the fact that Andrei wasn’t really trying to get a job to provide for his family. With Elizabeth being the sole breadwinner, she hated the fact that Andrei became a homebody. At one stage, he did try to get work as a truck driver and handyman, but without success. This led to Andrei being a stay-at-home dad.

However, last month the Moldovan native finally turned things around. He had completed a tough, 60-hour course and had secured a real estate agent license in Florida. Some TLC reality fans noted how difficult it is to get a real estate license and praised him for his efforts and hard work. Castravet is now reportedly employed as a real estate agent with Keller Williams Realty in Tampa, Florida.

Andrei has other income coming in

Despite having a full-time job, and like many fellow 90 Day Fiance stars, Andrei, 34, has signed up with OnlyFans. He launched his account a few days ago and membership is available at $14 per month. Meanwhile, his wife, Elizabeth’s OnlyFans account shows racy images at $20.99 per month.

While OnlyFans images are only available with membership, one Reddit user shared one of Andrei’s steamier pictures. The image reveals him sitting naked in bed while covering his private parts with fluffy pillows. To add to the mood, Andrei is munching popcorn. His caption to the post read, “Sunday night .. Popcorn in bed.”

There was a mixed response to the sexy image, with one fan saying his body was “beautiful.” The fan apparently has an OnlyFans membership and described Andrei’s content to other curious fans. They stressed that Andrei does post nude images, but never reveals his private parts. Basically, he always keeps the “crotch area covered.”

While some fans were impressed, another instantly made a reference to Colt Johnson about his man boobs. They quipped, “Look out Coltee Andreeeeeiiiii is catching up to your cup size!!!”  Another commented that Andrei “always looks like an overgrown baby in a diaper” while posting his underwear pics.

A number of 90 Day Fiance fans couldn’t help wondering if Andrei’s wife Elizabeth was taking the pictures. If so, it seems she is doing a good job. As noted by Screen Rant, since November 28, the TLC reality star has shared eight images and receives a minimum of 30 likes on each.

Fans of the TLC reality show can catch the latest couples on Season 8 of 90 Day Fiance on TLC at 8 pm ET.