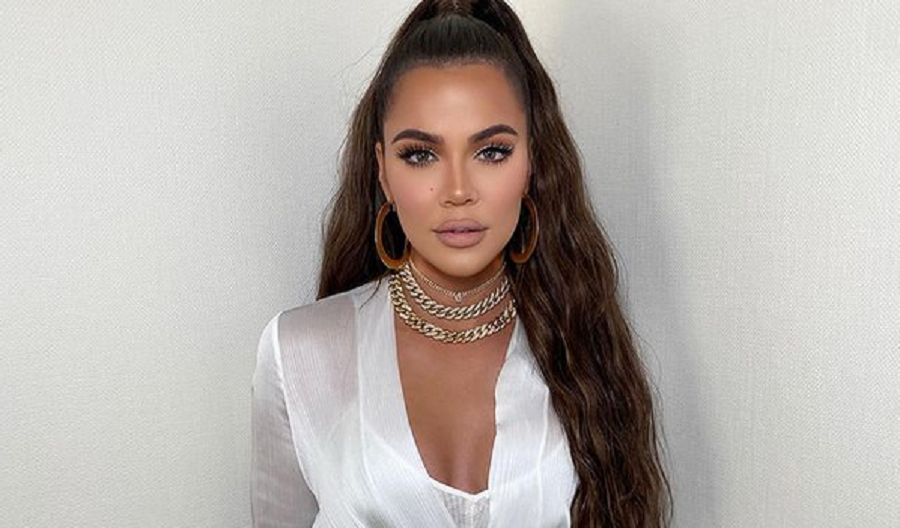 Khloe Kardashian showed off her backside on Instagram. However, the Keeping Up With the Kardashians star didn’t think it would incite such backlash. As fans know, Khloe owns the Good American clothing line. She decided to show off her derriere in one of her jeans.

On Sunday, December 13, the reality star dropped the new photo. It makes sense that she would make her butt the center of attention. The Kardashians are known for their ample bottoms. Khloe wanted to show her fans how great her jeans would make their backside look.

But some of them are scoffing at the price.

Over the weekend, Khloe Kardashian shared a photo of herself wearing a teddy jacket and her Good American Jeans. In the caption, she declared: “GoodAmerica’s gift to you for 4 days only! Our customers’ favorite denim is only $99. Shop our best-selling denim.”

Khloe’s photo racked up over 690,000 likes and over 3,000 comments. Her friends and fans immediately took to the host post. Most of them posted a series of fire emojis. However, some followers found it ironic, considering the current political climate.

Some followers called out the reality star for promoting her expensive jeans. Some of them joked that they couldn’t afford them. Others trolled her for stating that they only cost $99. “Only $99 lmao,” one user wrote.

The comment received 363 likes as of Monday, December 14. Some even responded with crying and laughing emojis. One fan responded: “I’d be shopping at Ross for $9.99 jeans.” A second follower wrote: “$99 is pocket change to her so she prob thinks this is a great deal.”

🤍 @GoodAmerican’s gift to you for 4 days only! Our customers favorite denim is only $99. Shop our best-selling denim 🤍 pic.twitter.com/8xuceOgyRQ

One follower pointed out the current economic climate. They wrote: “only 99 dollars. She clearly doesn’t know how low wages are and how many hours people have to work to make 99 dollars.” Another claimed that Good American is “not even a high demand or well-known brand yet, sheesh relax with that price lol.”

Some fans even called out Khloe on Twitter. One responded: “Only $99?? That is actually a lot for many people dealing with no job, unemployment, & no stimulus check. Drop the price to like $60. Ur already rich. LOL. [SIC]”

However, another follower argued that $60 is still too expensive. That user added that Khloe should drop the price to $15.00. Several others shared their disgraced over the price tag. It’s not a surprise as the Kardashians have been called out for being socially unaware before.

Other followers go crazy over the bootylicious photo

Despite the backlash, fans showed their support for Khloe Kardashian.

“What a beautiful view,” one fan wrote.

“Love u to the MOON and back Koko!!” another fan added.

“I love you Khloe’s butt,” a user joked before adding, “GOAAAALLLSSSSSS!!!”

Even with the cost of the jeans, one said that we could all agree, “That booty tho!”

Khloe has been making headlines for her relationship with Tristan Thompson. He just landed a deal with the Boston Celtics. Of course, that saw him moving to Boston, without Khloe and True.

What are your thoughts on Khloe’s post? Do you think $99 is too much for jeans? Sound off below.