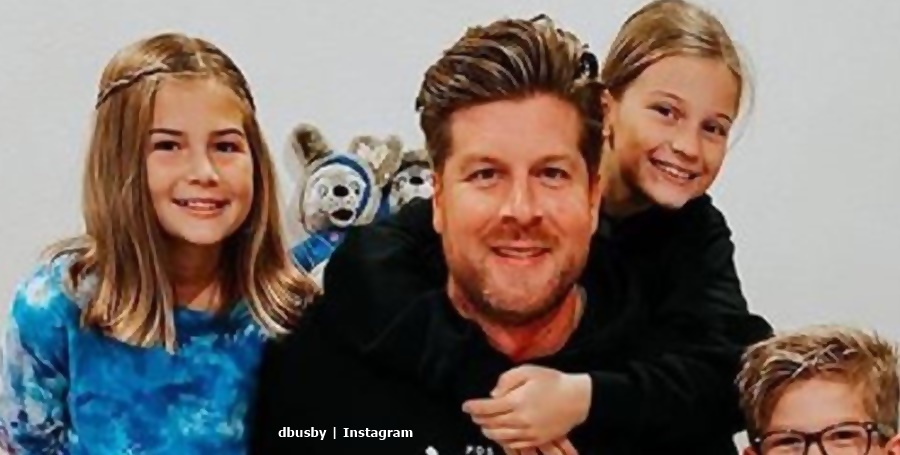 OutDaughtered fans know the Busby cousins McKenzie and Bronson Mills from their appearances on the TLC show. Plus, Uncle Dale Mills, Adam, and Danielle also share photos of the kids on their social media accounts. . Quite often, fans see the two families get together. Now, Uncle Dale shared a photo of McKenzie and Blayke playing basketball together.

We reported that McKenzie found a “boyfriend.” And, her parents joked about not being ready for this. Aunt Kiki said about her daughter, “Watch out Daddy! It’s already starting! Our Kenzie Girl got asked to go to Homecoming football game by her ‘boyfriend.” Well, perhaps McKenzie isn’t really all that much into boys yet. Other things on her plate include being really good friends with her cousin Blayke Busby.

Blayke Busby is nine, and at 10, McKenzie’s slightly older than her cousin. But, the OutDaughtered star matches McKenzie in height. And astonishingly, she could even be her twin sister. Blayke looks very much like her mom, Danielle Busby. In fact, she’s the only one of all the six daughters with dark hair. The quints all range between, blonde, blonder and red. Danielle Busby’s sisters are twins. But, in a strange genetic way, Danielle’s eldest daughter looks very similar to Kiki’s daughter.

McKenzie and Blayke play basketball together – peas in a pod

This past week, Uncle Dale Mills took to Instagram and shared a photo of the two girls in their League City Sharks uniforms. The website for The League City Sharks Basketball Program reveals they coach girls who really love the game. They try and create a “solid fundamental skill set for each and every player.” Most of all they “value hard work, desire, and proper technique over everything else.”

Clearly, the OutDaughtered star Blayke and her cousin McKenzie meet those requirements. And, looking at their happy faces on the basketball court. they obviously share a love for the game. Some fans lamented that sports in their States shut down since forever with COVID-19. But others noticed how much the two girls look alike. In fact, they could be peas in a pod as they twin so well.

When Dale Mills shared his photo of the two girls, fans first of all picked up their uncanny likenesses. One fan wrote, “Coutwins 🤣🤣 they look exactly alike. Both so cute. Who is the oldest?”  Well, Dale told them “Kenzie” is the older of the two. Many others noticed the likeness. One person said, “Awe, they look like twins 😊.” And another one commented, “They look alike here! What cute little rock stars! 🤘”

Next, OutDaughtered fans felt that Blayke and Kenzie seem very lucky. After all, not everywhere allows sports these days. One follower noted, “Good luck this season girls !! Our season has been canceled this year and I am so bummed out.” Then, someone added, “They are allowed to play basketball?! It’s completely shutdown in NJ! 😫.”

And no doubt, Blayke Busby of OutDaughtered probably thanks her lucky stars they live in Texas.