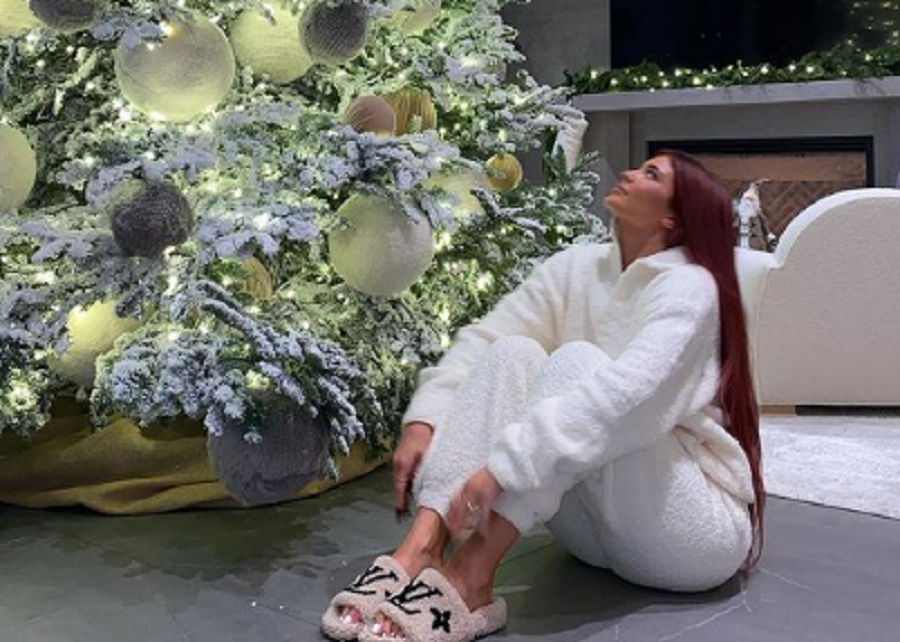 Kylie Jenner is getting real and candid with her fans. The Keeping Up With the Kardashians star shared new never-before-seen photos. In one of the posts, Kylie made a personal vow to her fans.

On Friday, December 11, the Kylie Cosmetics founder shared 10 rare photos that included one of Travis Scott with Stormi Webster. In one of the photos, their 2-year-old daughter sat on top of a ramp as the “Astroworld” rapper reached for her hand. The skating ramp was located indoors and featured the “Space Village” logo. According to In Touch Weekly, Kylie Jenner brought their little girl to Travis’ Houston skate shop.

The 28-year-old just opened up Space Village with his friend DJ Chase B. The shop sells streetwear and skate supplies. There’s also a halfpipe on the sales floor so customers can perform their tricks right there. Kylie shared several more photos, including one of Stormi in the cockpit of an airplane with the pilot and copilot. The 23-year-old also shared a sweet photo of Stormi and her cousins Chicago West and Dream Kardashian dressed up as Disney princesses.

The reality star also showed off her real, dyed hair. As TV Shows Ace previously reported, Kylie Jenner is red hot. On Saturday night, December 12, she shared a rare photo of her real hair. The Kylie Cosmetics founder is known for owning a variety of hair extensions and wigs.

On her Instagram Stories on Saturday, Kylie shared footage of herself rocking her natural hair, which is a newly dyed auburn-red. Posing in a graphic sweatshirt and wearing gold jewelry, the model pouted for the camera and flicked her short hair. She adorned it with hair clips.

In the caption, she wrote: “My real hair is cuuuute. I gotta give it more love.”

That’s when Kylie made a promise to her fans. And now fans want to see more of her hair. Last year, she revealed she was moving into hair care following the success of her cosmetics line.

In May 2019, she filed trademark paperwork for a company called Kylie Hair. She was to sell styling products and more. Kylie’s older sisters, Kim, Kourtney, and Khloe Kardashian had their own range of hair care products through their 2015 Kardashian Hair line, which made sense at the time.

“We want the line to be really good,” Kim said at the time. “You can attach yourself to any product and that’s not what we’re about. We want to make sure that the quality of our product is so amazing that it just really speaks for itself.”

However, that line did not last. Kylie did have a hair extension line long before she realized lip kits could become a billion dollar empire. The beauty mogul launched her first-ever hair extension line, Kylie Hair Couture, in 2014. But these days, she’s all about the natural hair.