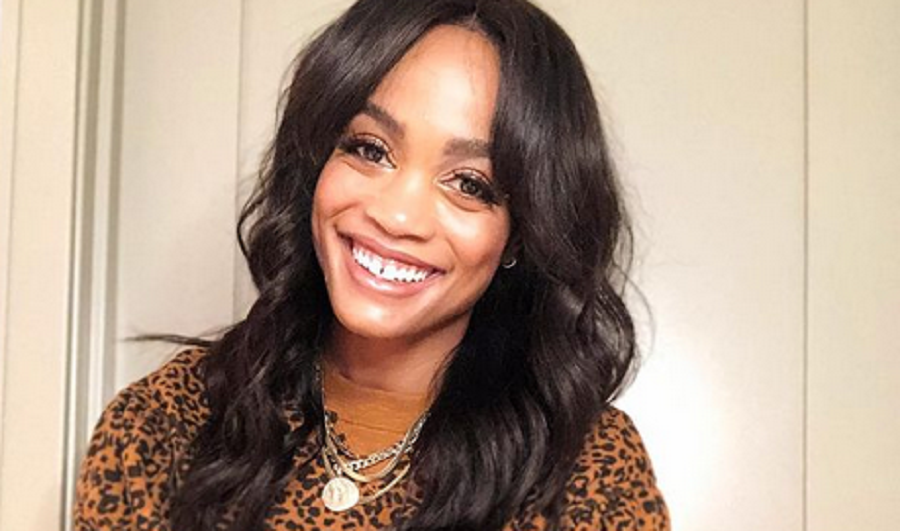 Rachel Lindsay is laughing off the divorce rumors. The Bachelorette alum is currently living apart from her husband Bryan Abasolo. She also confirmed that they will be celebrating Christmas together. The 35-year-old moved to Los Angeles while Bryan remained in Miami.

Her decision raised eyebrows. It also had some wondering if it was the end of their marriage. But there will be a high point in their long-distance relationship. The couple will reunite soon for the holidays.

During a recent episode of Whine Down with Jana Krama and Michael Caussin podcast, Rachel Lindsay revealed that they will live apart until springtime.

“Everyone thinks we’re getting a divorce,” she joked.

Of course, it hasn’t been easy on the couple. Rachel said they spent a lot of time together earlier this year. But it’s gotten harder now that they live on opposite sides of the country.

“For six months I was in Miami, we were together every single day, we got into this routine,” she said. “He did his thing, I did my thing and at the end of the day we would come back together.”

Rachel and Bryan even quarantined together. If that weren’t the case, then their long-distance relationship would be easier, Rachel admits. She said she misses “the little things, like waking up next to each other” and “having a meal for him when he came home.”

The couple didn’t spend Thanksgiving together. But they will reunite for Christmas later this month. Rachel exclaimed that she is “so excited.” The couple knows that they’re going to be together, “no matter what.”

Rachel Lindsay revealed they had fights

In an interview with People, Rachel Lindsay shared that quarantining wasn’t always peachy. While the shutdown did bring them closer together, they “absolutely” had their share of fights.

“We’ve definitely grown close together because we’re planning a future,” Rachel said. “We’re starting to have those conversations about where do we plant roots and having children and what’s the timeline for that.”

Rachel moved to Los Angeles around Labor Day to start working for Extra. In the meantime, Bryan focused on his chiropractic office. He also has fitness and nutrition businesses in Miami. While a long-distance marriage isn’t for everyone, Rachel said it’s something that works for them.

“I think the thing to remember is it’s not ideal,” Rachel said. “We don’t want it this way. We’d much rather be together, but we have a goal in our mind and we’re laying the foundation for our family. So I’m never going to apologize for that.”

Rachel and Bryan tied the knot in August 2019. As for Bryan, he couldn’t be more supportive of his wife’s new opportunities. They’re embracing their non-traditional marriage. Instead of seeing the downside