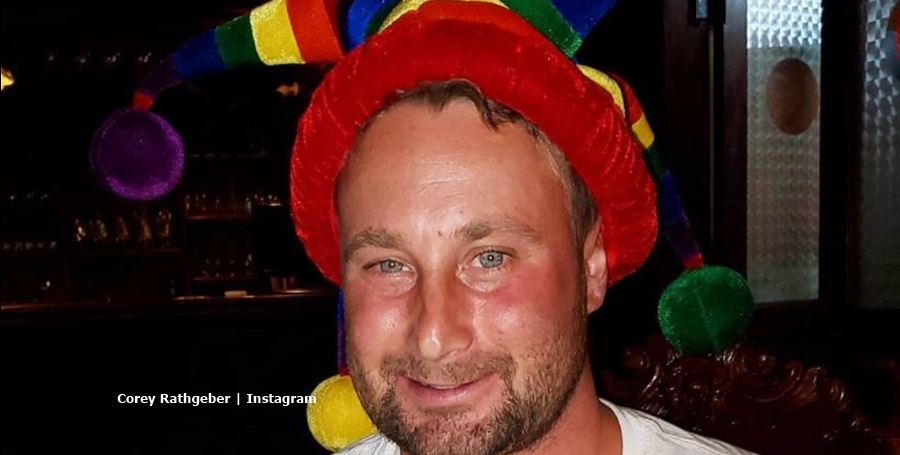 90 Day Fiance star Corey Rathgeber’s no stranger to criticism from TLC fans. In fact, this time last year, Laura Jallali accused Evelin of cheating on him. And this year, the couple consistently confuse fans about the status of their relationship. Evelin even accused him of being an alcoholic, but they seemingly sail serenely on. But, probably he gets a lot more critics now he revealed his Christmas wish list on Amazon. He certainly has expensive tastes.

Taking to his Instagram on Saturday, Corey revealed Evelin happily unpacking her new iPhone Pro MAX 256GB. Well, it’s a good phone and not the cheapest on the market. So, clearly, she’s not short of a few dollars. Good for her. If she can afford it, why not? But, couple that with Corey’s Christmas wish list, and it seems he has some expensive tastes. And, he doesn’t mind if his fans fill his stocking.

Corey Rathgeber invested money in the bar in Ecuador. But he also makes money elsewhere. In fact, The Blast reported that “Corey Rathgeber” does “what he needs to survive.” Notably, he started selling “virtual lap dances to fans.” He hosted them on the Fanbound website. Now, on his OnlyFans account, he shared the link to his Christmas wish list on Amazon. In fact, 90 Day Fiance fans need to subscribe to sign up. But, the Amazon link’s there for anyone to see and click on.

G0t a cool $1,199 lying around with nowhere to spend it? Well, you could buy Corey the 2020 HP Pavilion 15.6 Inch FHD 1080P Touchscreen Laptop he desires. Can’t afford that? How about gifting him a DJI Mavic Air 2 – Drone Quadcopter UAV for just under $800. Still too much for you? Don’t, worry Corey thought about that. He also rather likes the idea of a 2020 Playstation 4 PS4 Slim 1TB Console for less than $700.

The 90 Day Fiance star also hopes for a GoPro HERO9 Black Bundle with El Grande Mount, at $400, Or, a Canon EF-S 55-250mm F4-5.6 IS STM Lens with UV Protection Filter at just over $300.  Can’t afford any of those? Well, despair not. You could choose something more affordable like a variety of hats caps, running shoes, sunglasses and more between $35 and $150. In fact, why not just cough up and buy him everything he wants? It’ll only set you back by about $5,000.

In fairness to Corey, he’s not the only TLC star with a wish list on Amazon. And, if fans don’t mind throwing their money at him, why not take advantage of that? Last year, Colt Johnson put one up that also ran into thousands of dollars. But, Stephanie Matto does something rather refreshing with her wish list. On her Instagram, she shared that she intends to buy random fans something for them off their wish lists!

Actually, the 90 Day Fiance star also did something similar last year.  Somehow, that seems a bit more philanthropic than Corey Rathgeber’s expensive wish list. Do you agree? Sound off your thoughts in the comments below.