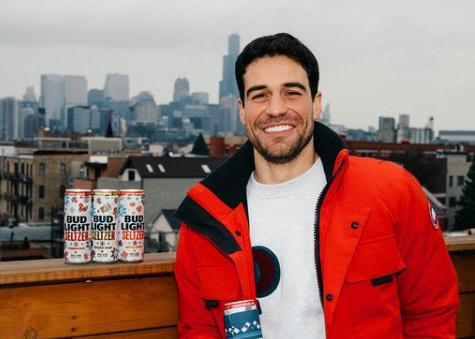 Joe Amabile and Kendall Long broke up almost a year ago. The Bachelor in Paradise star talked about why it ended on the podcast Click Bait.

The show, which is co-hosted by current Bachelorette Tayshia Adams airs on Fridays. They talk about all the top stories people want to click on. He said distance was the main reason the two of them broke up, because he lived in Chicago and she lived in Los Angeles.

Joe Amabile Said He Doesn’t Talk About It That Much

Joe Amabile said Kendall told him she’d never leave L.A. He stated it was difficult for him to accept that. Joe said, “I never really talked about our breakup, and I don’t want to get too deep into it.”

He said Kendall loved L.A. too much to leave. Reportedly, Kendall didn’t expect the breakup even with the distance, because she thought they were fine. Meanwhile, according to People, he thought he could change her mind. He started questioning why he was in L.A. with nothing there for him.

Natasha Came In With The Hard Questions

Natasha Parker asked Joe, “If you and Kendall were younger do you think you would have tried the long-distance thing. Tayshia was like, “oh s***,” the question took her by surprise. Joe said if he had been younger he would have stayed, but he had too much going on in Chicago. He wasn’t going to make a career in Hollywood.

He Doesn’t Blame His Ex For The Breakup

Joe Amabile said he doesn’t blame Kendall, however, because she’d always told him how she felt. First, the two of them released a statement saying they respected each other’s decisions, because they still had love for one another. They shared how their friends and family were very important to them.

The statement also said, “we can’t imagine continuing our lives without them closer, especially when thinking of starting a family of our own one day.”

The Podcast Gets A Little Deep

Tayshia said talking about everyone’s willingness to move is something she doesn’t think people take seriously. She said, “in the beginning you’re like oh we’ll figure it out. It’s something that should be taken seriously.” She said it’s a make or break conversation as you get older. Younger you have less responsibilities.

The podcast had tons of information about Bachelor nation including who they thought Matt James would end up with. They also discussed J-Lo’s beauty routine and Lauren Zima talked about her relationship with Chris Harrison. Joe said he wouldn’t want to cry on camera like Tayshia’s current suitors are doing left and right.

What do you think about Kendall Long and Joe breaking up? Should they have tried to make it work?