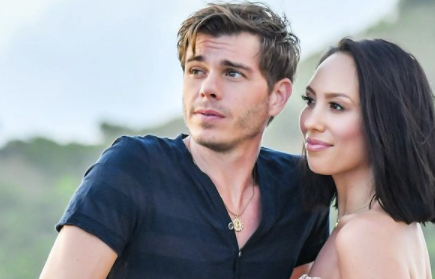 Dancing With The Stars pro Cheryl Burke has been through a string of bad relationships. But she knew things were right when she found love with Boy Meets World star Matthew Lawrence.

The DWTS Season 2 champion took to social media to discuss the pain and heartbreak.

“Even after I graduated high school and into my professional dancing career, I was still into those types of bad-boy relationships, and I continued on the pattern of dating abusive men,” Cheryl explained. “I also was abusing myself by drinking too much and just really had no respect for myself, which I’ll be talking more about as well in future videos.”

In 2007, she began dating her now-husband. She wasn’t sure things would get serious at first. But they connected and she fell in love with him.

“Looking back, I honestly think that the first relationship I ever had that did not fit this abusive pattern was when my now-husband Matt and I dated the first time around, back in 2007,” Cheryl said in the video. “I honestly think at the time when we first dated, I didn’t clearly love myself enough to think that I deserved to be with someone who was actually nice to me. And I was just wrapped up in this new get-out-of-jail-free card, L.A.-party lifestyle, whereas he had already kind of been there and done that, since he grew up in this industry.”

Matthew Lawrence also appeared in Mrs. Doubtfire at 13-years-old. They broke up in 2008, but found their way back to one another. They married in May 2019.

You can watch the full video right here.

Today, Cheryl Burke is two years sober. She credits much of her sobriety to her husband’s love and support. The two really want to be parents, but the pandemic put those plans on hold for now. These days, they’re practicing with a puppy instead. Matthew surprised Cheryl with a puppy as an anniversary present. Her name is Ysabella.

“We’re just waiting to see what happens because I think we were going to move, we were going to start that next journey, but everything’s a little bit on pause right now,” Matthew said in an Us Weekly interview. “When this starts to clear out, I think we’ll have a better view or understanding.”

Cheryl Burke bonded strongly with her DWTS Season 29 partner, AJ McLean. He has two little girls of his own, and Cheryl likely got baby fever listening to his stories. She also recently discussed possibly retiring from DWTS in the near future. Perhaps a family is in her future plans.

Keep following us on social media for more stories like this one.