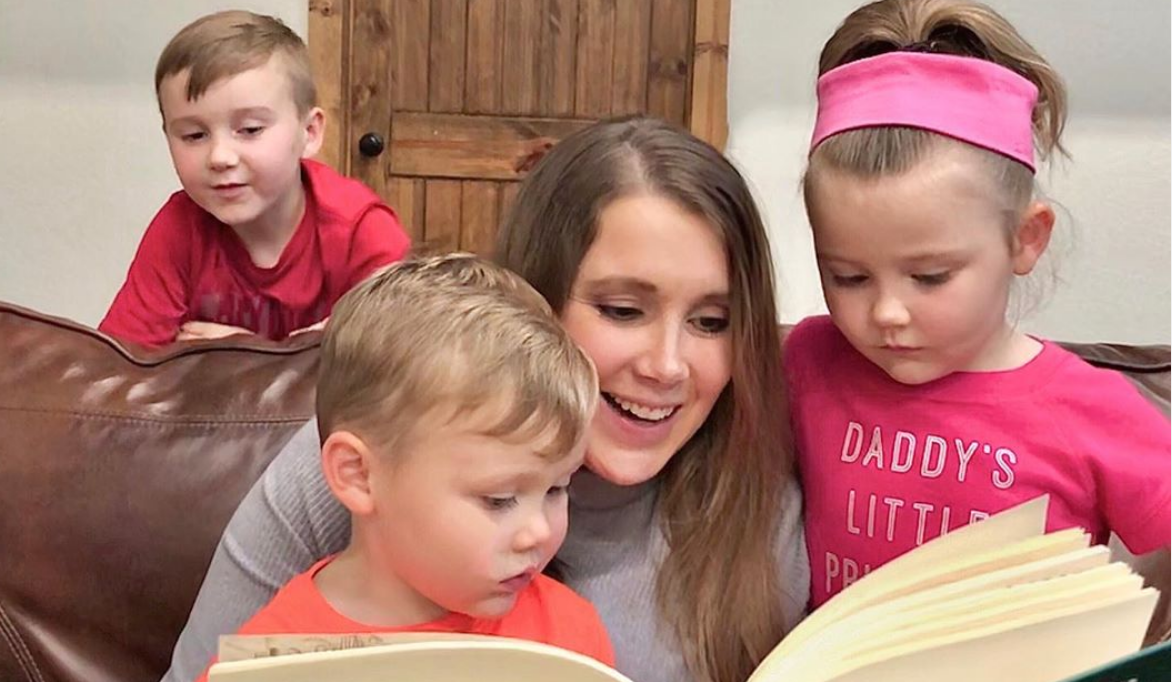 Right now, only one Duggar woman is expecting a baby. Kendra Duggar will give birth to her third child in February. She and her husband Joe recently revealed the baby’s gender too. But, as usual, fans are suspecting that another woman in the family is pregnant. As TV Shows Ace reports, it seemed possible that Anna Duggar either is pregnant or will be soon.

There have been several hints about Anna possibly being pregnant. No matter what, she seems open to the idea of having another child in the near future. Currently, she and her husband Josh Duggar share six kids, ranging in age from 10 years to one year. Since her kids are around two years apart in age, fans assume a pregnancy announcement is right around the corner.

Recently, a fan asked Anna if she’s expecting. And, Anna actually took the time to respond. As mentioned, she has six children. She doesn’t always take the time to reply to social media comments, especially because she gets a lot of attention on social media. The TLC star has nearly 1 million followers on Instagram alone.

So, is Anna Duggar expecting?

In response to the fan’s comment, Anna simply said, “No.” She didn’t elaborate on her response.

Of course, it’s possible that Anna could be keeping her pregnancy under wraps until she’s further along. It doesn’t seem likely that she would make the big announcement in the comments section of her Instagram post. The Duggar family often has deals with news outlets or TLC when it’s time to make announcements about babies or engagements.

In the past, Anna hasn’t been afraid to clap back at fans who question her. She gets her fair share of backlash for many different things, from parenting to staying with her husband Josh even though he’s had a rough past. So, it may shock some fans that Anna didn’t say more about the pregnancy speculation. But, perhaps she doesn’t have anything more to say.

So, what do you think of Anna Duggar’s response? Did you think she was expecting? Share your thoughts in the comments section below.

For the latest on the Duggar family and TLC’s Counting On, check back with TV Shows Ace.

My 600-lb Life: Update Where is Chuck Turner Today?
‘Sister Wives:’ Meri Brown Denies The Show Is Scripted, Calls Out Kody Over Coyote Pass
See First Photo Of Aunt Tammy Slaton Holding Baby Gage Halterman
‘The Bachelor: Women Tell All’: Did Heather Martin Just Confirm She Was There?
Farrah Abraham Trolled For Getting The COVID-19 Vaccine