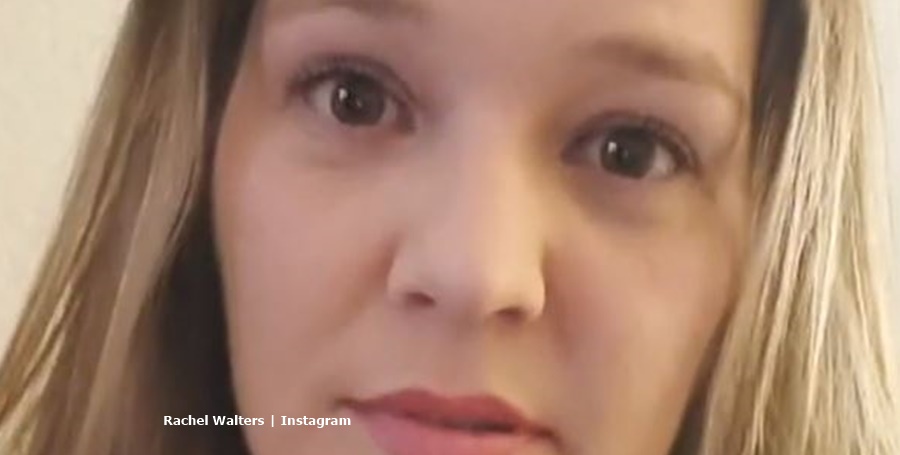 90 Day Fiance alums Rachel Walters and her husband Jon stay fairly quiet on social media. You might recall that they live on separate continents. For years now, they struggled to get him to the USA because of his criminal convictions in the UK. And, they struggled financially with raising legal funds. But the call by Rachel for GoFundMe support isn’t about that.

We reported one year ago, that Rachel and Jon looked to be in a better position for him relocating to the USA. They saved their money and opted for the K-3 visa instead of a K-1. But, a year passed and they still remain apart. Plus, the coronavirus probably got in the way as well. Jon, known for scathing attacks on Instagram, nevertheless still won a lot of fans. He and Rachel remain loyal to each other despite the difficulty.

90 Day Fiance fans still hope that one day, they see the couple reunited. In the meantime, family and friends provide support for Rachel Walters. Sadly, one of her close friends passed away this month. Rachel shared about it on her Instagram. Unfortunately, her friend battled and lost against Stage 4 Pancreatic Cancer. So, she shared about a GoFundMe for him.

Taking to Instagram on December 11, Rachel wrote a long post. She shared a photo of her friend, Randy. In her caption, she noted, “Randy was such a good friend of mine, for 6 years, and my heart has been broken since pancreatic cancer took his life on December 3rd, 2020” Next, she explained that this Christmas marks “the first” one without him for his family. And right now, they need funds for his funeral.

The 90 Day Fiance star explained that the family put up a GoFundMe ages ago for his treatment and expenses. “His Gofundme has been up since he was diagnosed and it’s still active,” she noted. So, she asked fans for any donation no matter how small. Plus, Rachel Walters stayed in touch with his daughters, who already thanked people who helped out. Rudy’s funeral come next week. Many TLC fans felt very moved by the story.

The Gofundme status for Rachel’s friend

The GoFundMe raised 29k for Rudy’s treatment. Medical costs build up fast. So possibly, all the money raised went towards those costs. Now, it looks like people who saw Rachel’s post started donating as well. Within hours of her post, more donations began trickling in. Nine people donated between $5 and $40. So clearly, many 90 Day Fiance fans felt very moved by Rachel Walter’s shoutout. After all, grief at any time is too terrible. But Christmas seems the saddest time for funerals.