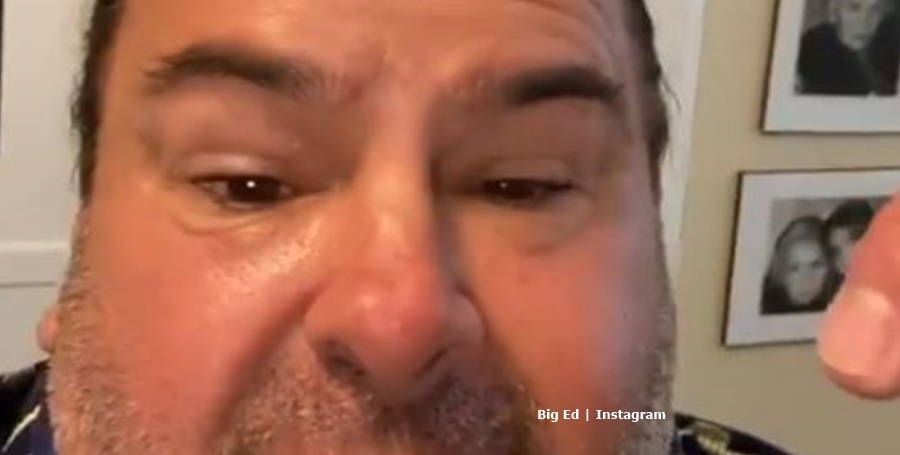 90 Day Fiance star Big Ed Brown posts a lot of selfies. Often, he shares pictures of himself with beautiful women. Many people just don’t know why women like him so much. After all, he’s not Mr. Universe when it comes to looks. Fans know he suffers from Klippel Feil syndrome (KFS). But that doesn’t stop them from mocking his short neck.  However, he works on his appearance and now he came up with a silver lining.

We reported that Ed often shares photos or videos of himself with very attractive women. Actually, some critics even suggested that he’s so unpleasant, he might pay them for appearances. But, perhaps they forget he’s a successful career photographer. He often posts photos of those women he photographed. So, potentially, he knows a lot of nice women with nice attitudes from that.

In fact, early in the season that featured him on TLC,  many 90 Day Fiance fans admired his sense of humor and larger-than-life personality. A lot of people looked beyond his looks. And they found his hair mayo treatment hilarious.  However, many of them sided with Rosemarie Vega when they split. And, Thethings.com reported that Big Ed created a fake Instagram to troll his fiance. While droves of critics troll on him, he retains a lot of popularity.

Silver Fox and fans love it

Big Ed garnered nearly half a million followers. That puts him on a par with old-timers like Angela Deem and ever-popular David Towbrowsky. Okay, he can’t complete with Darcy Silver’s 1.1 million, but she’s exceptional. And, she’s been around a lot longer than Big Ed. So, when Ed shared a photo on December 12, a lot of fans loved his hair. It’s long, split in the middle, and the silver streaks in it look really good, fans think.

90 Day Fiance fans loved the photo. Big Ed captioned it with, “The future is looking bright, never look back that’s why your rear view is the smallest.” One fan wrote, “Have you coloured your hair, King?” And another  follower commented, “You look Amazing BigEd!!” Then, someone noted, “You’ve highlighted your hair!!!!!” A lot of really nice comments went his way.

Of course, loads of trolls slapped at him on the post. One fan actually admitted they used to say horrid things to him. Interestingly the person mentioned “Filipino Rose.” Their comments about the 90 Day Fiance star read, “I was not a fan of him. Team Rose to be frank, because my sister in law is Filipino.”

Well, the fan’s sister-in-law is definitely “Team Big Ed.” After chatting with his sister-in-law, the fan said, “I’ll never speak negatively about him again. Especially since [my sister-in-law] pointed out what a good sport he is despite his shortcomings.” Well, now he’s a “good sport” with a silver lining. Do you think his hair looks better like this? Sound off in the comments below.