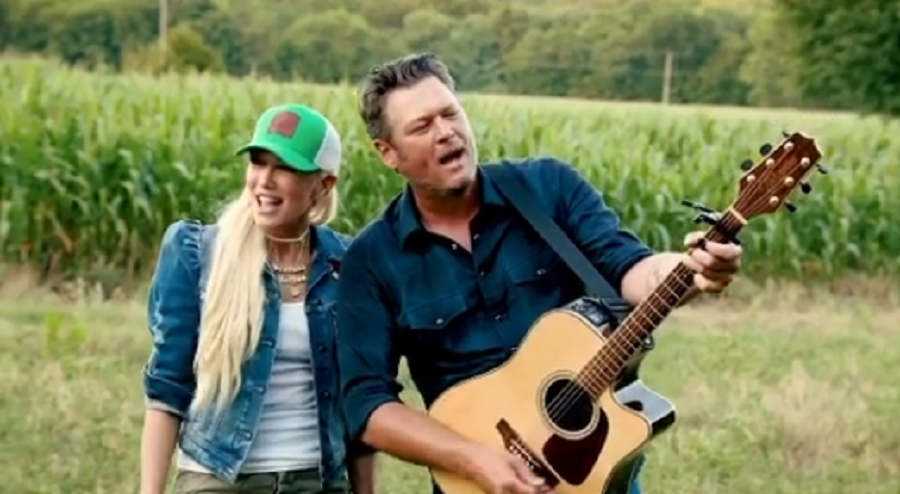 Blake Shelton revealed that he wants Adam Levine to perform at his wedding. The two musicians are still good friends even if they no longer work on The Voice. The show even played a part in Blake and Gwen’s relationship. It makes sense that they would want the former coach at their wedding.

In October, the couple announced their engagement. On Thursday night’s episode of Late Night with Seth Meyers, Blake made an appearance. During the interview, he shared his wedding plans. The country crooner already has the perfect wedding entertainer in mind.

Why he wants Adam Levine to perform

Blake Shelton talked about who he’d like to see perform on his wedding day. It should come as no surprise to fans that he wants former Voice judge Adam Levine to entertain the guests. The two have become best friends since their time on the show.

“I’ve kind of decided that I’ve been doing this a long time now and I’ve got a lot of favors out there,” Blake said. “He may not like it, but Adam Levine’s gonna have to get the band together and come and play at our wedding.”

The 44-year-old made a reference to Maroon 5’s “Sugar” video. The video shows the band crashing a wedding. Blake joked that Adam “owes me a lot for just putting up with him over the years.” He thinks his friend should be their “wedding band.”

Of course, Blake had to poke fun at the expense of the rockstar.

“Plus, their music is so boring that it won’t distract from the festivities and the reception and all that stuff,” he joked.

The “God’s Country” singer said that his guests can hide out in the barn if they’re bored.

Blake Shelton talks about his engagement

Seth mentioned that he was frustrated that Gwen Stefani appeared on his late-night show before she announced her engagement. He would’ve loved for her to share the news. Blake Shelton admitted that she had to keep the secret. The No Doubt singer even had to keep her hand hidden.

“She kept doing this thing with her hand and wondering if people would figure out that she was wearing an engagement ring,” Blake said, holding up his own hand. “I told her, I said, ‘You know, you wear more jewelry than Mr. T, so I don’t think people picked up on that.’ And they didn’t.”

Blake admitted to Seth that Gwen was dropping “hints” during the interview. However, he never caught on. And neither did the viewers. It would’ve made news the next day.

While Blake knows he wants Adam to perform at his wedding, Gwen doesn’t want to get married right now. The pop star said she wants to wait until the coronavirus pandemic ends. As TV Shows Ace previously reported, she doesn’t want it to become the focal point of her wedding. All she wants is for her parents to see her walk down the aisle.