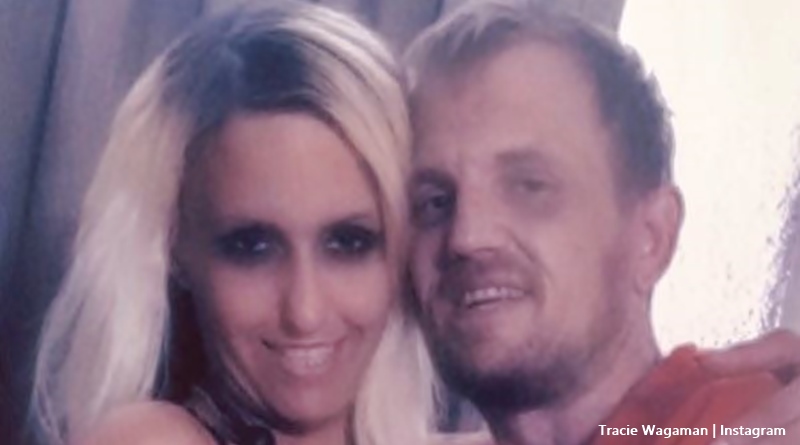 Tracie Wagaman of Love After Lockup and the spinoff, Life After Lockup often refers to her ex as “missing.” Well, if he’s missing from her life, that’s hardly surprising. After all, they split and filed for divorce. Nowadays, she dates a much younger man named Luke Loera. So, when she posted again about Clint as “missing,” some WEtv fans tackled her about it.

We reported in July this year that Tracie Wagaman moved to Las Vegas. The backstory is that Love After Lockup fans heard in December that Tracie Wagaman ended up with nowhere to stay. Recall, she booked out of rehab early and hoped for Clint to collect her. Back then, his mom freaked out, and she argued with him. So, they left her stranded. Finally, the anticipated split came along. After months of speculation, Tracie told her fans that she and Clint still await completion of their divorce proceedings.”

On subsequent posts about her new boyfriend, Luke Loera, some fans accused her of holding up the divorce by not signing papers. So, it seems she takes a long time to release Clint from her life. Several times, she used the word “Missing” to describe Clint. Or, she claims she doesn’t know where he is. Now, annoyed Love After Lockup fans told her off for it. On Thursday, December 10, Tracie Wagaman shared about Life After Lockup on her Instagram. There, the comment about her not knowing where he is came out again.

In her post, Tracie wrote, “Happy Throwback Thursday to when myself, my husband, wherever he may be, and the rest of the original Life After Lockup cast were about to premiere and to when I liked this shirt A WHOLE LOT!”

Unhappy fans of WEtv slammed Tracie. One of them wrote, “How come when you refer to your ex husband, you always follow it up with, “wherever he may be”? Is he missing orrrrr…” Then, another critic wrote, “Why you got to put wherever he may be in every post you make. We ALL know you know where Clint is!”

One Love After Lockup fan told Tracie Wagaman, “he isn’t missing he is with his new girlfriend living life looking absolutely healthy and amazing. Go follow his IG.”

Another follower told fans that they can find Clint’s new girl on Instagram. On her profile, Gen Bailey says, “There’s 2 lanes, stay in your own.” Plus, she recently started a YouTube account. However, she posts very little about Clint.

What do think of Tracie Wagamn always going on about Clint? She often makes out he’s “missing,” or claims she doesn’t know where he is these days. Do you believe her? Sound off in the comments below.