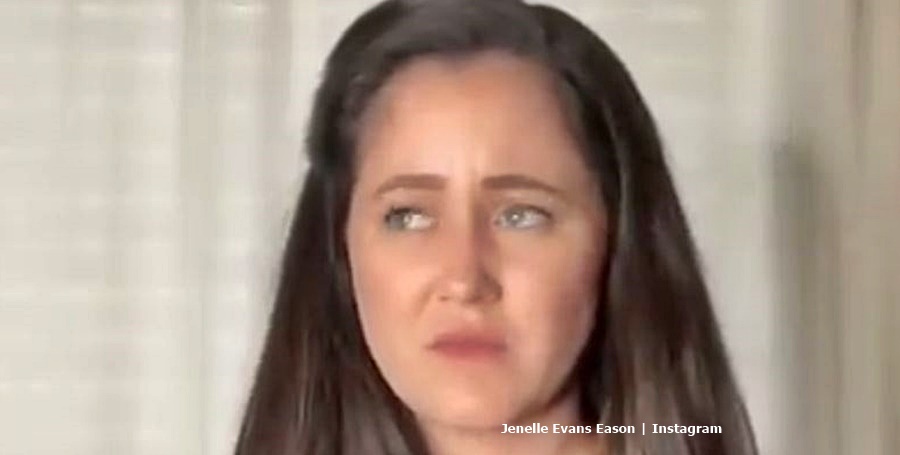 Jenelle Evans took to Instagram on Thursday, December 10, and shared a photo of the family for Christmas. Taken by Hen House Photography, the picture reveals a happy-looking family. In it, Jenelle, David Eason, Kaiser, Jace, Ensley, and Maryssa all sat together in a rural scene. But, some fans noted a person seemed missing from the picture.

In the family photo, thankfully, Kaiser looks well and as cute as ever. We reported in mid-November that the poor little guy suffered from an abscess in his groin. Fairly common, it caused an infection in his lymph node. Jenelle stressed as repeated visits to the doctor and several antibiotics hadn’t helped cure the condition. Well, it looks like he’s all better now. So that’s good news.

A lot of MTV fans made similar comments on the post by Jenelle Evans. However, someone noticed that someone was missing.

Kaden missing from the photo

One fan wrote, “Only thing missing is Kaden but they are great photos nevertheless 💚❤️💚❤️💚❤️.” Well, some followers really have no idea who Kaden might be. As more than one or two people didn’t know, here’s the info on Kaden. Kaden Eason is David Eason’s son. Now about six-years-old, he lives with David Eason’s ex, Olivia Leedham.

Recall when Jenelle Evans called 911 alleging that David assaulted her? Well in the custody case, Leedham apparently claimed that Kaden was with the other kids in the house when it went down. So, she used it as evidence that she wanted David around her son a lot less. In November this year, David swore that he’d still get custody of Kaden. The Teen Mom alum, as noted by The Sun, claimed his ex is simply “coldhearted. And he hopes that soon, he’ll hold his boy in his “arms” again.

Jenelle Evans’ husband lost custody of Kaden at just 10-months-old. However, he often saw his son until 2018. Apparently, David filed often for the court to give him custody. Clearly, that never happened yet. So, it looks like another Christmas goes by without Kaden featuring in any of the family’s celebrations. No doubt, if the custody situation changes, David and Jenelle Evans tell their fans all about it. So, remember to keep your eyes peeled for more news about the situation.