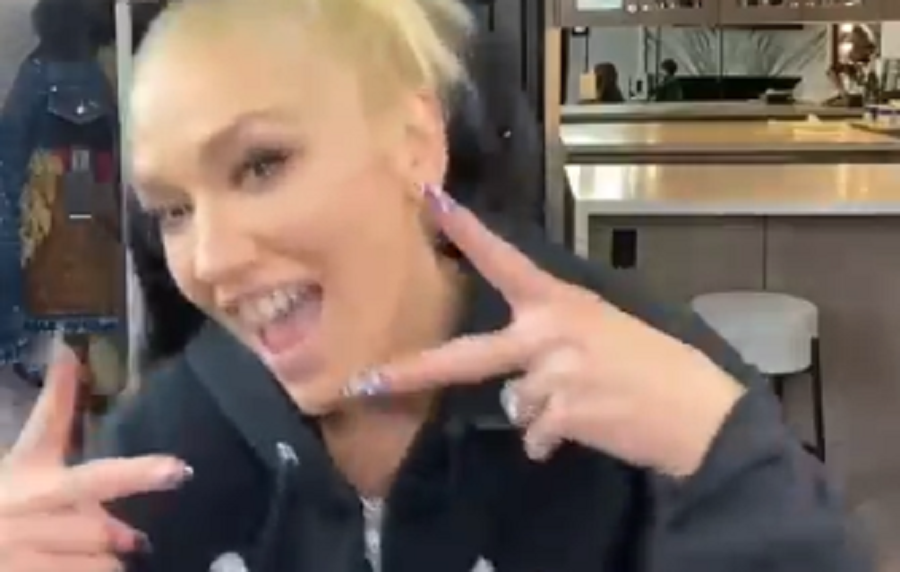 Blake Shelton spilled the beans about Gwen Stefani. The country crooner talked about their engagement on Late Night with Seth Meyers. During the video chat, Blake shared how his fiance almost revealed their engagement news on the late-night show. He even admitted that she was dropping “hints” during the interview. In late October, Blake and Gwen announced their happy news on Instagram.

On Thursday, December 10, Blake Shelton virtually chatted with Seth Meyers. They discussed his engagement with the 51-year-old singer. Then Seth asked him why his fiance didn’t share the engagement news when she appeared on his show back in October.

“I have a small gripe,” the host said, “which is, the very next day, she basically announced on Instagram that you guys have been engaged. That’s the kind of content we could have really had a lot of fun with.”

Blake laughed and admitted that Gwen Stefani had to hide her ring in the interview. He said that she was wearing her ring the entire thing.

“She kept, like, doing this with her hand,” Blake said as he held up his hand to the camera. “And you know, wondering if people would figure out that she was wearing an engagement ring. And I told her, I said, ‘You know you wear more jewelry than Mr. T so I don’t think anybody is gonna pick up on that, Gwen. And they didn’t.”

Blake then pointed at his camera and added, “You could’ve figured it out. She was giving your hints.” Of course, Gwen was happy and wanted to share the news with the world. Seth claims to have his reasons for not noticing her hand waves. But he couldn’t tell over Zoom “because you never know” and he didn’t “want to stare” at her.

“You end up looking in the camera more than you do at the guests,” Seth said. “So it was true. It was right in front of me and I missed it.”

The couple announced their engagement in late October. They took to their respective Instagram accounts to share the kissing photo where Gwen flashed her ring. She didn’t have to hide it anymore.

What did Gwen Stefani talk to Seth Meyers about?

Gwen Stefani made an appearance on Late Night with Seth Meyers on Thursday, October 27. During the episode, she admitted that she didn’t know Blake Shelton before they met on The Voice. The “Let Me Reintroduce Myself” singer also revealed what it’s like to tape The Voice and write new music amid the coronavirus pandemic.

“I didn’t know Blake Shelton existed before I went on that show,” Gwen said. “Meanwhile, he’s literally one of the biggest… 27 number one radio hits, he’s insane.”

During Season 1, Gwen said she wasn’t familiar with Blake. She never even imagined that she would end up dating him and winning an award for a country song. Gwen referenced her CMT Music Awards win for Collaborative Video of the Year. Blake and Gwen have several duets, and she said “being on those records was so much fun.”