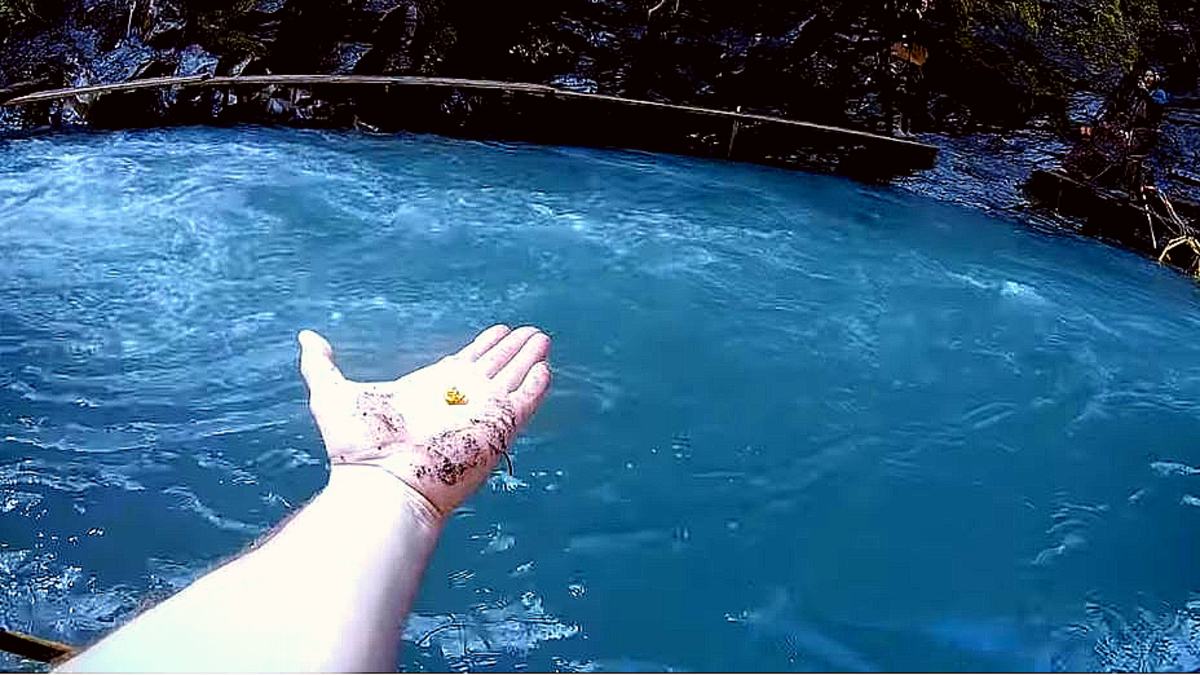 On tonight’s Gold Rush: White Water, its pay off time as Dustin Hurt is in a plunge pool carved out at the bottom of a raging creek, and he finds gold that looks like a piece of popcorn or even bigger.

Not too shabby in a day’s work.

Dustin is using a suction dredge and other equipment to move boulders and unearth and expose the gold that through time, gravity and the force of water has let the heavier metal settle at the lowest point in this underwater divot of sediment and rocks.

And Dustin’s gamble of investing his life savings into these claims is pays off after Carlos removes a monster boulder and finds chunky nuggets.  And in TV Shows Ace exclusive preview posted below, you can see exactly how dangerous all of this really is for Dakota Fred Hurt’s son.

What happens in the Gold Rush: White Water preview?

As you remember from last week, the crew are on the gold, as they found an ounce and a half in one dive. The virgin ground beneath where they prospected is the money pit to borrow a term from Curse of Oak Island.

Dakota Fred also was part of the mix as he is counseling Dustin and his men on where to get to the bedrock. The clip below shows the end result of a lot of hard work that we saw last week finally set up for Dustin to get to spot where he wants to check out.

We learned that finding a spot that has not been dredged, and the weather and water flow seems to be in Dustin’s favor as this week, he is diving and pulling up huge hunks of gold.

Consistently they haul up the boulders to place up securely on the sides above water so as not to be injured by one falling on them underwater, and the sediment and smaller gravel is sluiced after being sucked up in the suction dredge.

Seems easy but the engineering to make this all happen is very hard, lines have to be secured in rock and there has to be a safety net and protocol for every diver who descends in the fast moving water. Sometimes the risks are so great that a rescue would be impossible.

Fred and crew battle the Trifecta, and a game-changing discovery proves Fred’s theory of the ancient waterfall.

Tune in to count all the nuggets recovered with Dustin and the gang: