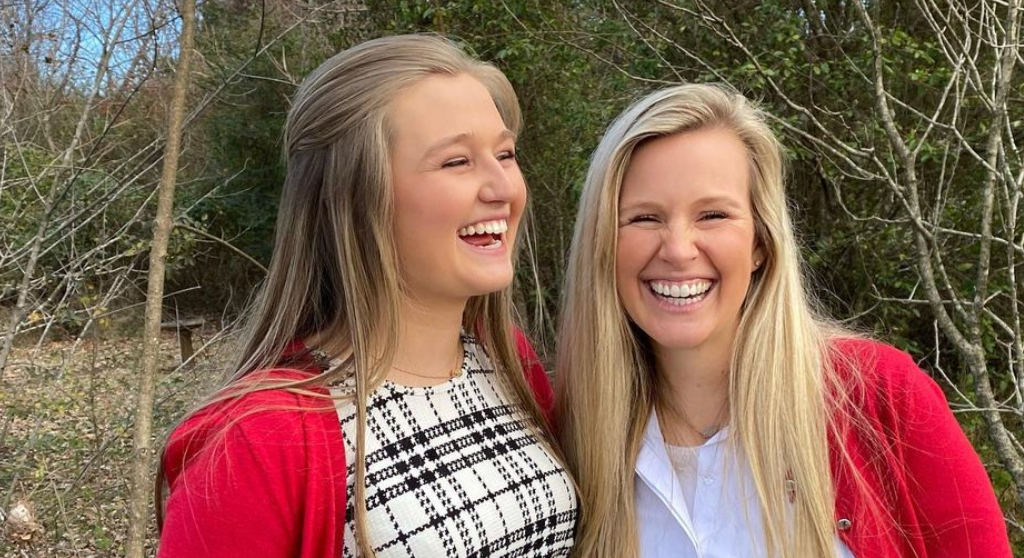 Kendra Duggar and her mom Christina Caldwell are pregnant together again! The two were both pregnant when Kendra had her first son, Garrett. So, Garrett’s uncle Isaiah is around the same age as him. When Kendra had her second child, Addison, her mom wasn’t pregnant.

But, now that Kendra is expecting her third child, her mom is also pregnant. This is Christina’s ninth pregnancy. As TV Shows Ace reports, the mom and daughter pair recently did an impromptu photo shoot featuring their matching baby bumps. Kendra is due in February, and Christina is due in May.

In addition to sharing the photos of herself and Kendra, Christina Caldwell posted a photo of herself with her husband Paul. The photo was taken at a marriage retreat. While some fans are gushing over the sweet photo and how good the couple looks, others are expressing concerns for Christina.

In response to the post, fans are weighing in. Overall, many of them seem to be worried about how this pregnancy could affect Christina, especially as she gets older. Currently, Christina is 41 years old. So, it’s still possible for her to have a healthy pregnancy, but there are risks as she gets older. But Michelle Duggar had her 19th child at the age of 43. So, it’s possible that Christina will have another baby after this one.

Others are trying to figure out why she’s still having kids when she is a grandmother. Some feel that she’s interfering with the special time in her daughter’s life. They think she should focus on being a grandma and give her body a rest.

One user writes, “Too old to be conceiving children.” Someone else writes, “You and your daughter need birth control.” Another Instagram user adds, “When your kids are having kids, probably a good time to stop having more. But, congrats.”

Even though some fans are concerned about Christina’s health, some think it’s great that the mom and daughter get to be pregnant together. They are able to share this experience and support each other along the way. Plus, their kids are close in age and can enjoy spending time together.

Since Garrett and Isaiah were born, both Christina and Kendra have shared cute photos of the boys playing together. They seem to be good friends.

So, what do you think about Christina Caldwell continuing to have kids? Do you think this will be her last baby? Share your thoughts below.