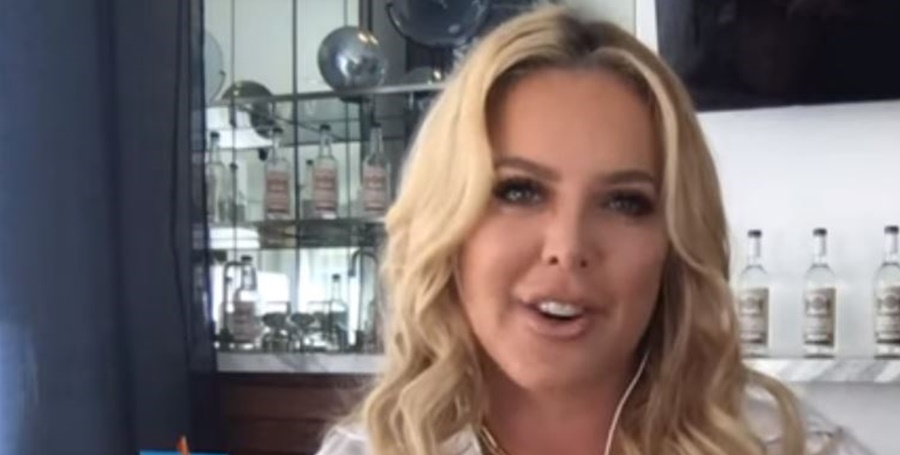 RHOC fans expected a lot of drama from newcomer Elizabeth Vargas. And, it looks like Season 15 already reveals that. But, not so much from her. Braunwyn seems to lead the charge in creating as much drama about her as she can. Due to her sleuthing, she outed Vargas during the show.

We reported that Real Housewives of Orange County expected a shakeup. Andy Cohen promised and then delivered. But really, many fans of Bravo just grow annoyed with Elizabeth. Originally spotted filming with Kelly Dodd, fans heard that the two women seemed friendly. But that probably worked against her with the other women. Nevertheless, it seems that she managed to annoy fans and the rest of the cast without any help from Kelly.

Braunwyn Windham-Burke joined the cast of Real Housewives of Orange County in Season 14. Actually, she seemed accepted, but most newcomers seem tolerated. Only after a few seasons do the knives usually come out. But, as a relative newcomer herself, she leads the charge against RHOC newbie, Elizabeth Vargas. Fans saw that Braunwyn went off and checked out Elizabeth’s financial background.

Elizabeth Vargas drones on about her personal wealth

Fans know that Elizabeth seems focused on only one thing. Even her upcoming divorce seemingly takes second place to her love for money. Forever telling the other women and fans about she made good from nothing, Kelly Dodd seems impressed. And initially, even Braunwyn freaked out when Elizabeth rocked up at a posh night club in only her nightdress. It seems that wealth buys some pretty privileges for the RHOC newcomer.

While RHOC fans became tired of Elizabeth dropping her wealth in almost every sentence, her co-stars became suspicious. After all, people with real wealth seldom talk about it. And, Meaww noted some “inconsistency” in her stories. And, in the most recent episode of the Bravo show, Braunwyn went off and started digging around. In fact, the outlet reminds readers that “she discovered that Elizabeth [took] two mortgages against her home.” Furthermore, she racked up debt and her finances look in “bad shape.”

Outed after detective work by Braunwyn

Of course, since Braunwyn found out about the debt, she spoke with Emily Simpson. Next, all the cast knew about it. So, they question everything that Elizabeth claims. Meanwhile, fans took to Twitter and discussed the situation. Frankly, they feel utterly sick and tired of Elizabeth and her money obsession.

One critic of Elizabeth Vargas on Twitter noted, “that gold digger Elizabeth is truly an awful, selfish, STUPID, horrible, wretched example of how money does not bring class, grace or humanity.” Then, another critic noted, “Elizabeth!!! Your full of sh-t no way are you in 1% of wealthiest in the USA. Spending money isn’t impressive. You’re not on Fortune 500 wealthiest people in the world nor was your husband STFU. ”

Braunwyn digging up Elizabeth’s records then telling everyone how she doesn’t have that much money THEN turning around and self righteously talking about how people in Orange County just don’t get it is HILARIOUS!#RHOC

What are your thoughts on Braunwyn working to out Elizabeth Vargas about her debt? Are you also growing sick and tired of hearing about the RHOC newcomer’s money obsession? Sound off in the comments below.