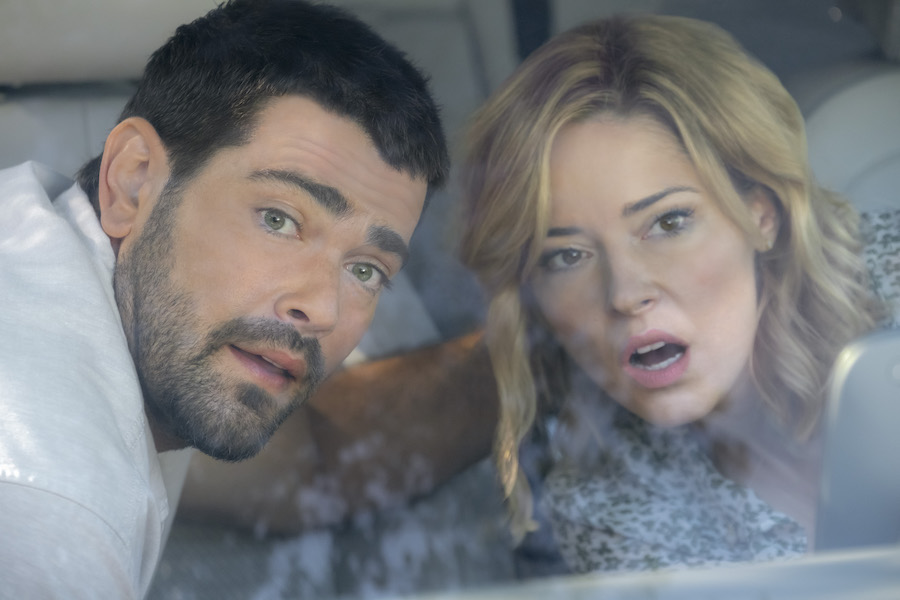 Jesse Metcalfe has traded in his Dancing With The Stars moves with a new Martha’s Vineyard Mystery. This latest Hallmark movie is called Ships In The Night. This movie stars the former Desperate Housewives star, as well as Sarah Lind (Edgemont), Nelson Wong (A Timeless Christmas), Eric Keenleyside (Unspeakable), and Jason McKinnon (Firefly Lane).

Ships In The Night Is Jesse Metcalfe’s New Movie

Ready for Jesse Metcalfe’s new Martha’s Vineyard Mystery? According to the Hallmark press release, a local art gallery manager is murdered. The details surrounding this horrific crime started with the theft of a sculpture called “Boat Into Wind.” Did someone kill to get their hands on this highly desirable piece?

Jeff Jackson (Metcalfe) may be a retired detective, but he is “unofficially” on the scene. He is joined by Chief Madieras (Keenleyside), and his daughter, Dr. Zee Madieras (Lind).

Unfortunately, the list of suspects is quite long. This list includes Don (McKinnon), who is Jeff’s sailing pal. Worse yet, Jeff has to dodge a few bullets to solve this crime. Things are getting dicey!

It also takes him back to Boston. This is where Jeff worked, and where his career ended, with a bullet lodged close to his spine. Turns out, an old pal in Boston has some information that can help solve the murder in Martha’s Vineyard. However, it looks as though the art gallery murder is just the tip of the iceberg. There is something big here, and Jeff and Zee are in danger. Will the couple ever get to that intimate dinner date?

This mystery series is based on the Philip R. Craig’s mysteries.

Jesse Metcalfe Shares Covid Protocol For Ships In The Night

They filmed Ships In The Night in Victoria, BC, back in August. Jesse Metcalfe shared that the cast and crew had to adhere to many  “rigorous” protocols due to Covid. This included a 14-day quarantine.

While filming Ships In The Night, they had to stay in pods. That means all actors hung out together, camera people and so forth. Everyone had to be masked, except for those actors in front of the camera.

But, when it came to the Hallmark kiss, things got really special. First, both had to use a topical spray on their faces. After they filmed the kiss, Jesse and Sarah had to each use a very special mouthwash.

When Can You Watch Ships In The Night: A Martha’s Vineyard Mystery?