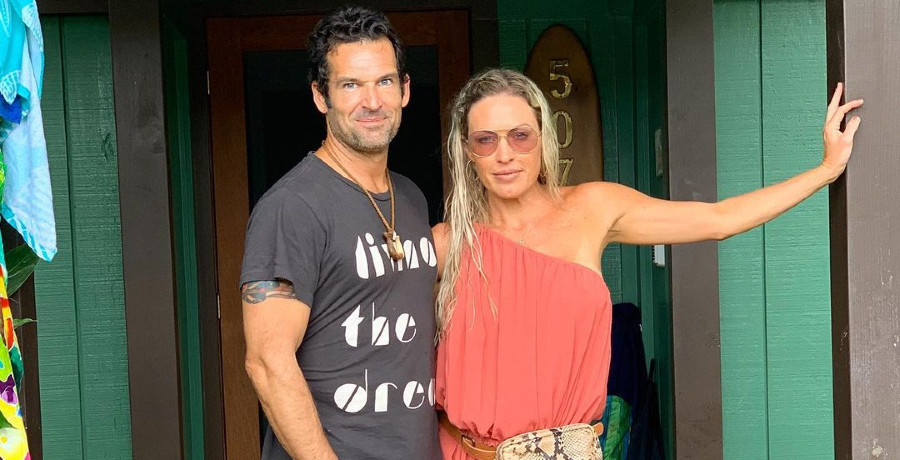 Bravo fans are up in arms over the latest episode of The Real Housewives of Orange County. In the episode, Brauwyn Windham-Burke made the SHOCKING confession that she smacked her husband in the face during an argument. The tense moment happened earlier this summer while the couple were in quarantine. However, it wasn’t the first time.

Fans Call For Bravo to FIRE Braunwyn Over Abuse

During the December 9th episode, fans got a glimpse at the RHOC stars in lockdown. And it wasn’t pretty. Shannon Beador’s strict house rules caused her boyfriend, John Janssen, to (temporarily) flee. Elizabeth Lyn Vargas struggled with the postponement of her divorce hearing.

Braunwyn Windham-Burke went off the rails, cooped up with seven kids and her husband, Sean Burke. Without her housekeeper, Braunwyn struggled with the most basic chores, unable to figure out the laundry machine.

Page Six reports that Braunwyn confessed that an argument over the vacuum pushed her over the edge. She admitted to hitting her husband several times, behind closed doors. Shockingly, she further said it wasn’t the first time.

Fans were shocked by the revelation.

Please @BravoTV get rid of Braunwyn. She needs years of therapy, she is abusive towards her husband and we are over her bs storyline. If a man hit a woman you would have fired them that day enough of the bs. #RHOC

Dear @BravoTV
Acceptable: throwing your husbands Rolex out the window because you’re mad at him
Unacceptable: hitting your husband because he made a comment about your vacuuming #rhoc #rhoslc #bravotv pic.twitter.com/bc7cK1KIkY

Fans were partly shocked because last season, Braunwyn painted her marriage as perfect. But viewers are finding out that things aren’t so rosy in real life. In fact, Sean moved out of their home for a bit so she could find herself. She did. She found that she was a lesbian.

Sean moved back home before she made her coming out announcement, and it seems they have no plans to divorce.

Braunwyn’s behavior isn’t the Real Housewives’  first foray into abusive relationships. Taylor Armstrong was an original cast member of The Real Housewives of Beverly Hills. Her co-star, Camille Grammer, hinted that Taylor was in an abusive marriage. However, it wasn’t until after Russell Armstrong’s suicide that Taylor spoke out about the abuse.

It was never shown on camera, but her co-stars knew it was happening.

Does Bravo Have A Double Standard?

But neither firing ever came to pass. Kelly Dodd continues on RHOC. Jax Taylor did recently announce his departure from Pump Rules, but it presents like it was his choice. Many fans do suspect that Bravo fired him, but are letting him save face.

Recently, Bravo host Andy Cohen GUSHED about Jax and what he meant to the network. He also took up for Kelly Dodd’s controversial comments about the coronavirus, saying no one should listen to Kelly for advice.

Many Bravoholics feel the show has a double standard when it comes to tolerating bad behavior. One disgruntled fan took to Twitter to call the network out. They wrote that if the roles were reversed and Sean was the abuser, Bravo and fans would want him fired.

If roles were reversed and Sean treated Braunwyn the way that she treats him, EVERYONE would be calling for him to be off the show #rhoc

so… braunwyn slaps her husband and there’s no outrage for him. i guess because he’s a guy he’s just expected to take it. double standard i tell ya!! 😡😡
SHE’S. 👏🏽 ABUSIVE.👏🏽 #RHOC

So far, it seems that Bravo doesn’t plan to fire Braunwyn, despite her admission.

Do you think Braunwyn should be fired? Let us know in the comments down below.