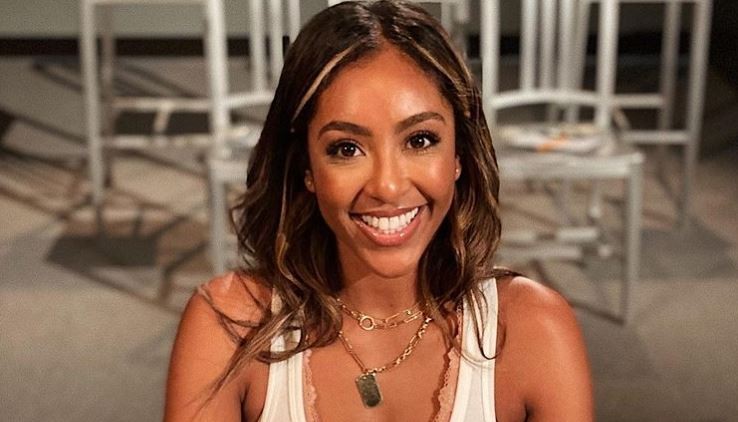 As Tayshia Adams continues her journey and has her choices narrowed down to seven, she’s being asked some tough questions. There are many fans wondering if The Bachelorette wishes she would have had the chance to meet and date Dale Moss.

Tayshia appeared on a podcast this week with none other than former Bachelorette Rachel Lindsay. During the interview she was asked the big question about Dale. Tayshia admitted she gets asked a lot about him. OK! shared all the juicy details.

She said, “Everyone’s asked me this.” Tayshia continued, “You know, I didn’t even see much of Dale. I think the qualities I did see about him, like rushing to her side to make sure she was OK and just being a really good strong figure for her to lean on is a very attractive quality but at the same time, a lot of men that I was dating did exactly that to me.”

She went on to say, “So, I really can’t say I wish Dale was there because I didn’t experience that.”

Dale found love almost instantly with Clare Crawley. This is why Tayshia became the new lead. He and Clare are still together, happy and looking forward to their future together.

Her journey this week

Things got crazy this week on The Bachelorette. Tayshia started out dealing with the drama between Noah Erb and Bennett Jordan. In her recent interview she seemingly brought it up by saying she wished she had a heads up about the some of the guys.

Tayshia said, “I don’t think it was one person in particular. There are just some qualities, just like this petty boy drama that is going around.” She continued, “I wish it would have been cool to know like this guy, he just likes to start drama, this guy is not very serious, this guy like to be the clown of the group. It would have been cool to get a little heads up, but I think I’m a pretty good judge of character, so I figured it out quite quickly.”

Fans saw Bennett go home Tuesday night. And, at the end of the episode, fans saw him show back up to tell Tayshia he was in love with her.

While Tayshia has had to deal with a few bumps in the road, she says she wouldn’t change things. She’s glad she got the call to be The Bachelorette. Do you think she ends up engaged?