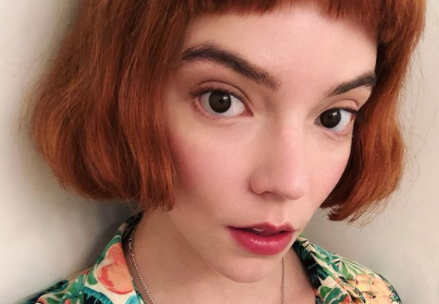 Anya Taylor-Joy has pretty much become a household name since The Queen’s Gambit released on Netflix. Now she’s going to be in another project with co-creator Scott Frank. The project is an adaptation of. Laughter in the Dark, a dark book written by Vladimir Nabokov. The limited series about chess became the biggest one Netflix has had so far. It broke through viewing records with sixty-two million houses watching it in less than a month.

The creator said the project is, “a valentine to movies, I’m going to do it as a film noir and a movie within a movie. And it’s a really nasty, wonderful thriller.” Fans who can’t get enough of Anya will tune in just to see her. The star previously was known for her work in Split and The Witch.

What Is Anya Taylor-Joy’s New Project About?

The new Anya Taylor-Joy project doesn’t have a lot of details yet. The book’s main character is Albert Albinus, who is an older art critic. He grows a fascination with a seventeen-year-old aspiring actress. When his wife learns he’s been cheating she leaves him. The actress uses someone she used to be with to drive Albert crazy and take his money according to E Online.

The book is set in the 1930s in the film world of Berlin.  A review of the author on Amazon says, “I love his supreme cleverness, which he never tries to mask or camouflage. He knows his readers, and the rest can go jump in the Waldsee. There has been no one, there is no one, and there never will be anyone who can match him for the sheer joy of words put together.”

Though it hasn’t been said, it makes sense Taylor Joy would play the actress who drains poor Albert of his sanity and money. 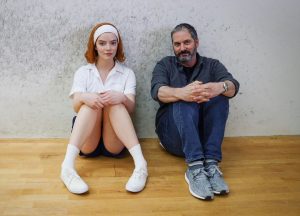 She Has A Good Relationship With Scott Frank

Anya Taylor-Joy posted the picture above with Scott Frank and captioned it sweetly. She said, “this man. Friend. Ally. Confidante. Director. Collaborator. Mentor. Family member. Ridiculously talented and absurdly kind. THANK YOU Scott Frank for letting me be your Beth.”

Anya said before the show she didn’t know much about the game. According to Just Jared, she said, “I knew that there was a board and that there were pieces, but that was pretty much it.”

Frank Is Also Working With Clive Owen On A Project

Along with working with Anya Taylor-Joy, Frank is doing a tv series about the main character of The Maltese Falcon. He said, “what if you do Sam Spade later in life and he’s 60s years old? He’s now an ex-pat living in the South of France. His past comes to his past and finds him in this small town.” According to Joblo, it’s going to be a six-episode series with Clive Owen.

Frank is doing another limited series because Netflix is doing so well with those at the moment. Binging in a day seems to be the medicine for a nation in lock-down. Will you watch Laughter in the Dark? Have you binged The Queen’s Gambit already? Comment below with your thoughts on both.

Exclusive: ‘North Woods Law’ Returns To Animal Planet For New Season, Preview
‘Live Rescue:’ Will A&E Resuscitate The Series After The Pandemic?
Duggar Cousin Amy King Offends All Her Male Followers With One Post
‘Riverdale’ Season 6 Premiere Date Set for November 2021
Kylie Jenner Is The Latest Kardashian Member To Have A Crazed Stalker