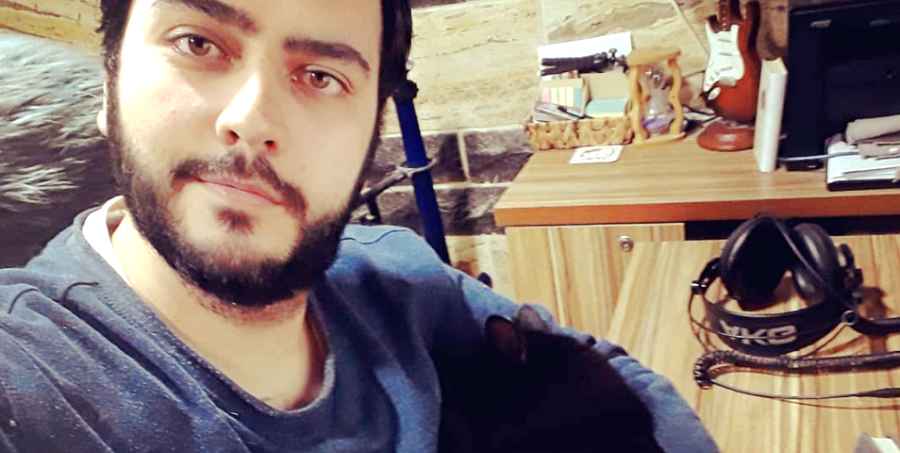 Fans will no doubt remember how Brittany and Yazan were lost in translation on 90 Day Fiance: The Other Way. Then, along came Adam Lebzo, the interpreter who soon became a fan favorite. Fans soon found out Adam the translator has a cat shelter in Amman, Jordan. Since then, they have been generously donating to his cat shelter, Lumière.

Luckily for everyone, Adam the translator came along and perfectly interpreted their words. He told Brittany, “There are people in his family who genuinely hate him now, and they might decide to kill him.” His interpreting and counseling skills immediately won praise from fans, along with his calm demeanor. In fact, 90 Day Fiance fans believe Adam is bringing a much-needed depth to the series.

On browsing Adam’s Instagram, fans discovered he ran a cat shelter in Amman and there are images of the translator with his cats. This put another whole spin on Lebzo’s popularity, besides his excellent translation.

Once fans understood Adam’s work with the Lumière cat shelter, they used the link in his bio to start making donations. On his Instagram posts, he thanks them for their help, as they have been struggling lately due to the pandemic. He also posted on Reddit, thanking fans for helping Jordan’s cats to survive the wintertime. With the kind donations, the translator has bought plenty of cat food and beds to keep them warm.

Many fans commented saying how refreshing it is to see a character on the show who isn’t completely self-serving. Many are tired of the toxic narratives on 90 Day Fiance, which clearly show cast members looking for fame.

Adam also thanked the fan community for coming together to support his cause, putting their valuable trust in him, a complete stranger. He told them, “Bless your kitty-loving heart!” Meanwhile, a fan shared the following image with Lebzo, which he couldn’t help posting. In his caption, he wrote, “A gorgeous fan, who is unknown to me, made this. Forget the titties, save the kitties!”

More than a 90 Day Fiance translator

Looking at Adam’s bio, we see that besides translating, he is a published author musician who is “into science, philosophy, history, art, cat rescue, and languages.” Sorry ladies, his bio also shows that Lebzo is already married to the beautiful Dalya Salah. On another note, in one comment on an IG post, Adam was asked if he was brought up in the UK. It turns out Adam has never been there. He must have learned English from a true Englishman to have that lovely accent!

One more note, on his Reddit post, Adam mentioned that fans should keep watching the show. While not giving any spoilers relating to Brittany and Yazan, he did write, “More exciting events are yet to come.”

Currently, fans can catch Season 8 of 90 Day Fiance on TLC on Sundays at 8 pm ET.

Jinger Vuolo’s New Post Has Fans Worried About Her Kids: ‘Are They Ok?’
Riley Christian Shares If He’s Spoken To Brendan Morais Since ‘BIP’
Jill Dillard Gets Her Baby Tank Filled Again
‘LPBW’: Jeremy & Audrey Roloff Have Low-Key Wedding Anniversary – Is Their Marriage Okay?
’90 Day Fiance’ Spoilers: Are Syngin And Tania Still Together?