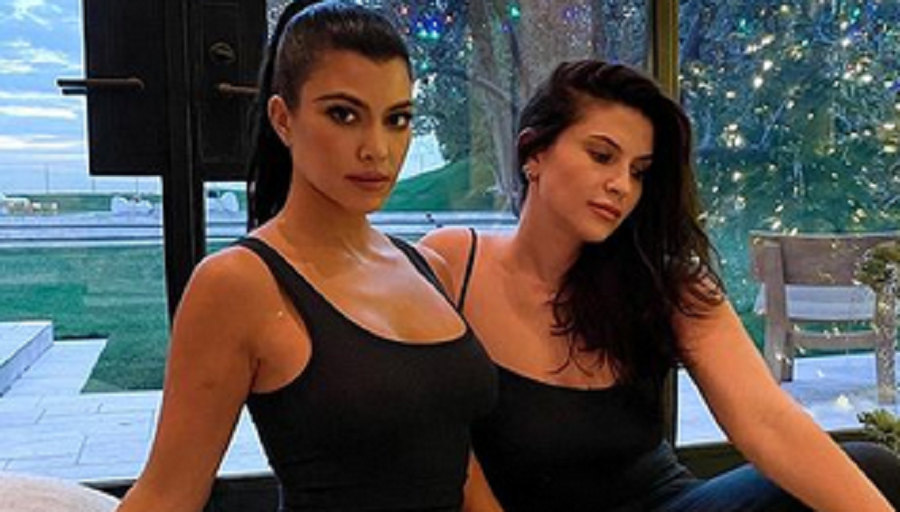 Kourtney Kardashian will make a cameo in the She’s All That remake. The Keeping Up With the Kardashians star will move from the small screen to the big screen. She is joining her 20-year-old best friend Addison Rae in the new film. As fans know, the two have been spending a lot of time together.

Kourtney received backlash for hanging out with the internet sensation. The two quarantined together earlier this year. Addison and Kourtney also posted many bikini photos together. Now, it looks like there may be a reason why they’ve been hanging out together so much.

Kourtney Kardashian teased her cameo in He’s All That

The reality star is appearing on the big screen. Kourtney Kardashian revealed that she’ll be joining her TikTok friend Addison Rae in her first-ever film. The Poosh founder will be on the remake of She’s All That, aptly titled He’s All That. On Tuesday, December 8, Kourtney shared two photos of herself looking stylish while “studying” her lines in her hotel room.

In the photos, she wore a black low-cut blouse with a black mini leather skirt. The influencer also had on a tan suede skirt and black over-the-knee boots. In the post, Kourtney tagged Miramax’s @hesallthatmovie. The 41-year-old looked cool and casual as she read her lines. The papers in her hands happen to be the pages of the script from the movie.

Kourtney’s stylist Dani Michelle sparked the rumors that she was to “study her linessssss.” Does that mean she’ll appear in the He’s All That film? Reps close to the movie confirmed the rumor to E! News on Tuesday. Kourtney will make a cameo in the film.

The official Instagram account for the film revealed that her character’s name is Jessica Miles Torres. It’s unclear what character she will play in the film. He’s All That is her first project since the ending of Keeping Up With the Kardashians. However, filming for the movie hit a halt when Los Angeles Mayor Eric Garcetti ordered a temporary shut down.

What’s the film about?

Addison commented on Kourtney’s Instagram post with the comment “worrkkkkkkkk” with a heart. She later referred to her as her “work partner.” Teen Wolf star Andrew Matarazzo said that Kourtney’s appearance is “My favorite scene.” Addison added: “I was gonna say the same thing.”

Also, He’s All That producer Jennifer Gibgot commented: “You crushed it” with the clapping emojis. The reality star responded with the puppy dog and party emojis. Kourtney’s scene will be something to watch. What are your thoughts? Sound off below.

‘Vanderpump Rules’ Fans Think Stassi Schroeder Was Made To Be A Mom
Tori Roloff Blows Fans Away With Magical Photo
See All Of The Bates Family’s ‘I Love You Day’ Costumes
‘OutDaughtered’ Season 8 Premiere Tonight: What to Expect
‘The Masked Dancer’ Finale: The Final Three Reveal Themselves