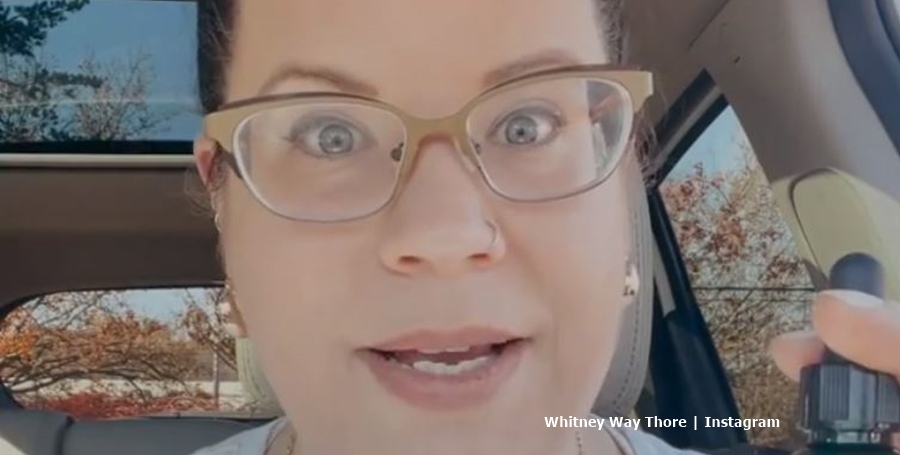 Whitney Way Thore fans saw that the My Big Fat Fabulous Life star seemed genuinely upset in this week’s episode. Chase Severino broke the news that he got another woman pregnant. And, understandably, Whitney wasn’t interested in travelling to go and talk it over. But, she also skews toward thinking only “fat” people get men cheating on them. So, she considers gastric sleeve surgery. Now, fans to the opportunity to push her to seriously consider it.

We reported that some TLC fans “reality-checked her when she thought she needed weight surgery for a man to love her.” After all, men cheat on all sorts of people. And, on Twitter, people reminded her that even beautiful and slim people sometimes deal with unfaithful men. On My Big Fat Fabulous Life, fans saw that Buddy seemed reluctant to discuss it with her. And, for a man, perhaps he felt he shouldn’t actually try and influence any of Whitney’s decisions that she might later regret.

Some fans feel Whitney makes the wrong choice if she just wants gastric surgery so she finds a man to love her. When Whitney Way Thore shared on Instagram after the latest episode, she shared a photo of herself. She looked happy and smiled. As fans just saw her deeply upset on the MBFFL show, she explained that she moved on and the scenes took place back in Summer. In the comments, the subject of gastric sleeve surgery arose.

Health24 notes that Whitney blamed her weight gain on PCOS. In fact, the “once slender dancer…gained 90kg over the course of a year and she says it’s due to a condition called Polycystic Ovarian Syndrome.” In Whitney’s case, she became ‘insulin resistant.” Plus, the condition led to too much “testosterone.” That explains why her hair falls out in clumps. And in fact, the NCBI noted, “Ultimately, bariatric surgery should be considered part of the treatment in PCOS women…”

One fan told Whitney Way Thore, “best decision of my life.” Then, another TLC fan commented, “Best thing I ever did. Cured my PCOS.” Furthermore, the fan later “fell pregnant.”

Other MBFFL fans talked about their PCOS. One noted, that their “heath” improved and their “PCOS [seems] hardly noticeable now.” Once again, this fan declared their happiness since the gastric sleeve surgery. So, some of those people who underwent the surgery urged consideration f it by Whitney.

If Whitney undergoes the gastric sleeve surgery, fans warn her that challenges remain. But, if it helps her PCOS and health then perhaps she considers it seriously. Mentally well, happy and healthy, perhaps decent men show a bit more interest in her. What are your thoughts? Sound off in the comments below.