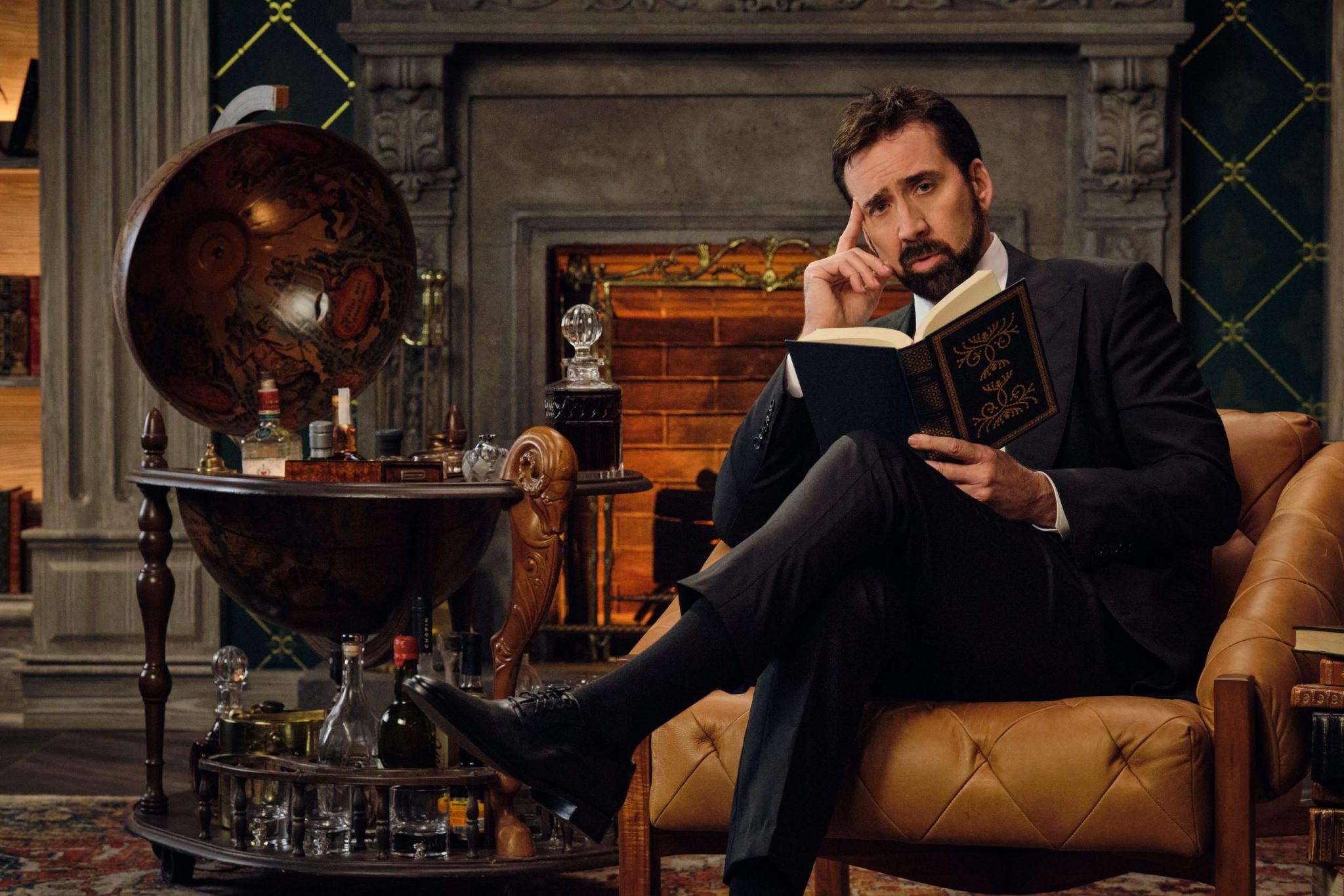 Nicolas Cage is back on Netflix, and curse words are scrutinized just in time for the new year. Early January marks the moment when Netflix will air Cage’s new comedy series History of Swear Words which will delve into the origins of naughty words.

In it, he uses his deadpan talents to illuminate the power of the not-so-polite words we use on a daily basis.  Especially after the year of 2020.

Netflix dropped the preview today and TV Shows Ace has it posted below.

The history of this colorful language is examined by Cage and a cast of notable guest stars.  The event comes January 5th on Netflix.

About Netflix series History of Swear Words with Nicolas Cage

History of Swear Words is hosted by Oscar and Golden Globe winning actor Nicolas Cage. There are six episodes that have a runtime of 20-minutes.

The series is described by Netflix as “An education in expletives: the history lesson you didn’t know you needed.”

History of Swear Words, hosted by Cage, is a “loud and proudly profane series” that examines the etymology of swear words, their origins, pop culture-usage, science and cultural impact.  What would Gold Rush be without Tony f***ing Beets? Or Curb Your Enthusiam’s star player Susie Essman?

Through interviews with experts in etymology (they exist!), pop culture, historians and entertainers, the  series peels back the origins of “F**k”, “Sh*t”, “B*tch”, “D**k”, “Pu**y”, and “Damn”.  What about the “see you next Tuesday” one?

The effed up minds at Funny Or Die and B17 Entertainment, an Industrial Media company are behind this production for Netflix. Executive Producers include Mike Farah, Joe Farrell, and Beth Belew for Funny Or Die; Brien Meagher and Rhett Bachner for B17 Entertainment. The showrunner and executive producer is Bellamie Blackstone

Nicolas Cage is an actor, director and producer who gave us the great role of ne’er do-well husband Charlie in the 1986 film, Peggy Sue Got Married. His voice alone as his character Charlie was worth seeing this movie.

You may remember him in Valley Girl (1983), or perhaps Moonstruck (1987), where his character Ronny Cammareri swept Cher off her feet and totally cockblocked his brother Johnny, played by Danny Aiello. Great movies like these are far and few between these days of blockbuster, superhero comic book ones where everyone has some sort of prosthetic glued to their face or CGI mess going on.

Make sure to add to your Netflix queue:

History of Swear Words with Nicolas Cage is coming to Netflix January 5.