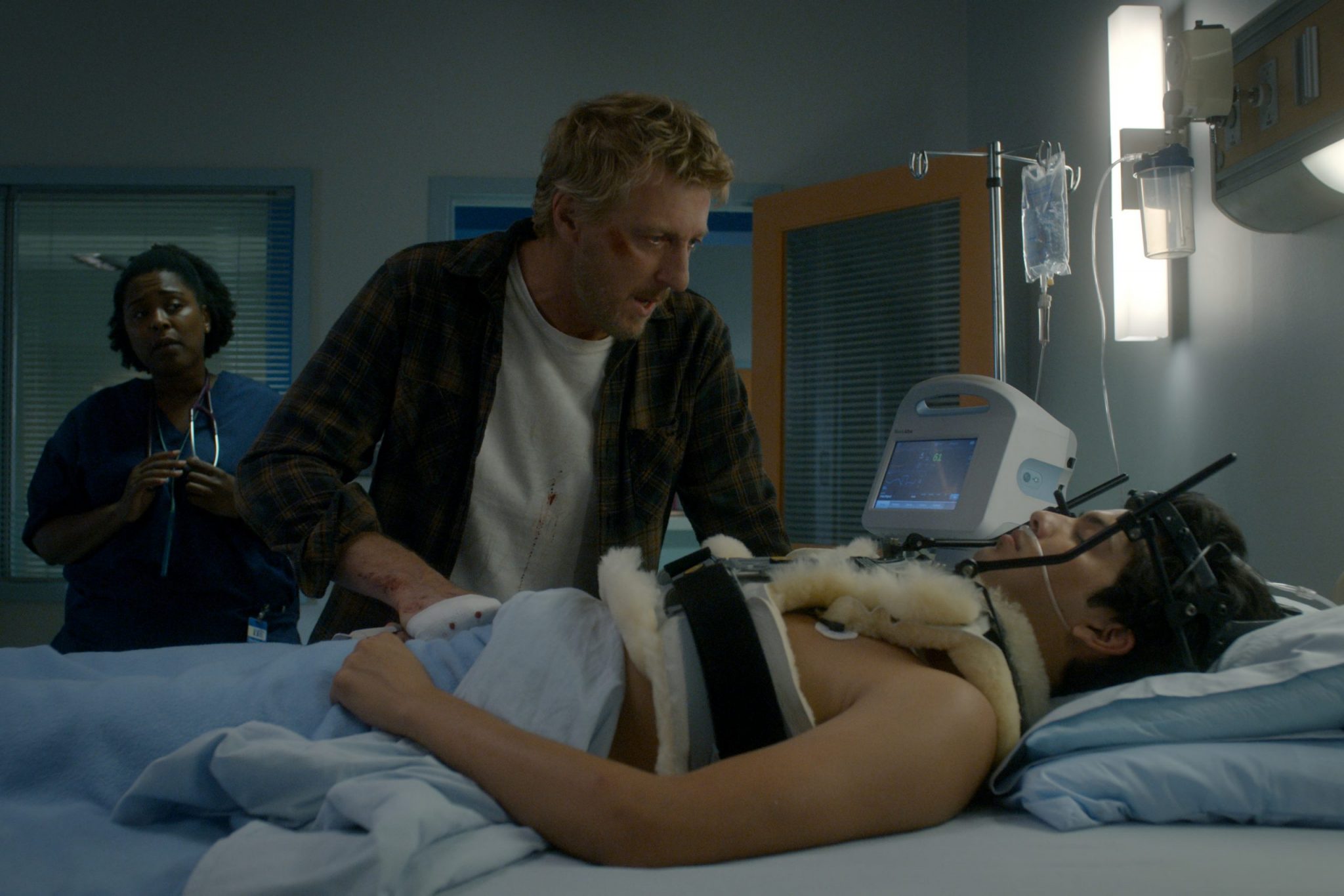 After two excellent seasons, we’ll finally see Danny and Johnny working on the same side. The Cobra Kai Season 3 trailer is out, and it only gets fans all the more excited for the new season.

Netflix dropped the trailer, bringing the same mixture of comedy and drama in the trailer. Fans already know they only have to wait until Jan. 8, 2021 to binge-watch all 10 episodes of the third season. The first two seasons are already available in full on Netflix.

There are a few returning faces from the movies in the third season. The biggest potential return is Elizabeth Shue, which has admittedly been rumored for some time, according to TVLine. Shue played Ali Mills in the original movies, now an ex-girlfriend to both Johnny and Danny. She was the main reason the two teenagers couldn’t get along in the first place, but will she be able to keep them both on the same page during this intense third season? Johnny got a mysterious Facebook friend request at the end of Season 2, and fans are sure Ali is back.

Cobra Kai Season 3 will pick up off the back of the events from the second season. The two dojos went head to head in the high school, leading to Miguel falling over the railing. As he landed at the bottom, his back hit the railing, and now he’s left in a coma. The Cobra Kai Season 3 trailer makes it clear that he will wake from this coma, but it looks like he has lost the ability to walk. That’s going to play with his mind mentally, as it means he can no longer fight.

With everything that happened, Johnny is done with Cobra Kai. He hands it all over to Kreese, who has not changed one bit. Kreese wants dominance. He wants his students to become the ruthless killers that he tried to make Johnny into. The souls of these teenagers are at stake.

Johnny wants redemption, but he also needs help to deal with the growing problems in the high school. His fight with Danny led to all this, and now the two need to work together to bring it to an end.

Danny Remembers the Past on Cobra Kai Season 3

Johnny isn’t the only one with ghosts of the past showing up on the third season. During the trailer, he thinks back to the past and to everything Mr. Miyagi taught him. There will be a few familiar faces showing up to help him deal with memories of the past and move forward in a good way.

The question is whether it can be enough for Danny to work with Johnny. Can he put his feelings from the past to one side? Can he find the goodness in his heart once more?

The great news for fans is that Cobra Kai Season 3 will definitely not be the last. Shortly after the first two seasons dropped, Netflix renewed the series for a fourth season. There is no date for that just yet, but at least everyone can safely watch all 10 episodes of Cobra Kai Season 3 without fearing how it ends.