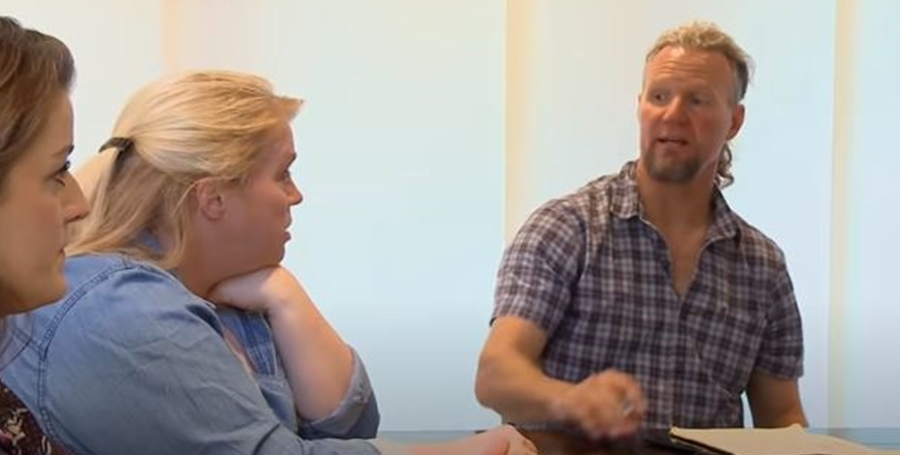 Sister Wives fans saw that Kody Brown and his polygamous family got a cold reception from neighbors in Flagstaff. That came on TLC back in November last year. Recall, they complained about Meri living next door to them. Well, a year on, it looks like Kody still feels welcome in Flagstaff.

Last year we reported that a trailer for the show revealed that someone got chased away from their rental. And later, during teasers for the show, fans saw that the incident took place with Meri Brown. In the show, fans saw Meri horrified, and Robyn Brown’s son Dayton looked shocked as well. Kody also seemed a bit taken aback. After all, he previously mentioned that he thought Flagstaff, rather “liberal,” would accept the family.

However, it now looks like Sister Wives‘ Kody Brown still feels unwanted in the university and touristy town. In fact, we suggested back in March this year, that Kody might move the family back to Utah.

If they still feel unwelcome, why not? Dayton and the other kids at college could always move into a small apartment together. Recall, Kody and Janelle got all excited about new legislation in Utah that makes “religious polygamy…no longer a felony.”

The Sun UK reported that they talked with Kody Brown. The patriarch of the TLC show told them that he and the family still feel ‘not popular” in Flagstaff, Arizona, as neighbors ‘wish they weren’t here.” Recall, they moved there two years ago. So, it seems that from Kody’s perspective, people still don’t care for them. He told the outlet that they’re ‘not popular around here.”

Sister Wives fans already suspected that Kody only lives with Robyn these days. And, the interview took place as he and Robyn left her mansion. But later, the outlet noted that another neighbor told them the family keeps every much ‘to themselves.” In fact, the neighbors didn’t even speak with Kody Brown in two years. So possibly, people view them as unfriendly.

Mind you, the neighbors also said about Kody Brown and his family, ‘We wish they weren’t here because they make Flagstaff look as though everyone has all these wives.”

Kody making friends in the church?

Meanwhile, one might think that the family could make friends if they attend the local Mormon church. After all, there are members of the Apostolic United Brethren in the area. But according to “Leslie Seaman, the church’s stake president of the Flagstaff Arizona East Stake, he ‘never met Kody or his family.” Notably, Leslie insists their church doesn’t ‘support polygamy.”

Is It Meri Brown’s Fault Fans Thought She & Kody Were Over?

If Sister Wives star Kody Brown still feels unwelcome, perhaps it’s a combination of people not wanting them to “taint” their town with polygamy. Maybe that’s why they stick to themselves as much as possible. Do you think they might relocate again? This time, back to Utah? Sound off in the comments below.