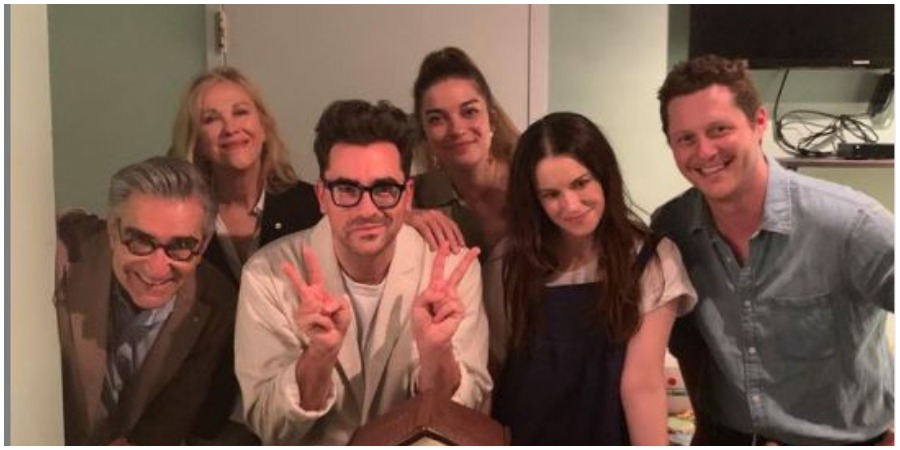 Schitt’s Creek fans have cause for celebration. The beloved comedy series may get a revival in the form of a movie. The show’s creator and lead actor, Dan Levy, recently dished on the possibility of seeing the Rose family again.

According to Cinema Blend, Levy isn’t opposed to bringing back David Rose and his wacky, yet lovable friends and family members. The show, which recently cleaned up at the Emmy Awards, has gained a huge following since its arrival on Netflix.

Recently, Levy hinted that there may be more story to tell, and proclaimed that the cast and crew would love to come back for a movie.

“I don’t think there’s a single person on our team, cast or crew, that wouldn’t want to come back for a movie. At the same time, I think the success of the show really was tied so closely to the care that was put into it and the quality that was put into it. If I can come up with an idea that I think builds on what we’ve already done in a way that feels good and exciting and new and fresh and challenges our actors, then great. I go to sleep willing that idea to come to me,” Dan told People Magazine.

The series ran for six seasons and introduced fans to the Rose family. The characters went from riches to rags after being betrayed by their business manager. Upon losing their fortune, the brood was forced to live in the tiny town of Schitt’s Creek. The town was one of the only assets that patriarch Johnny Rose (Eugene Levy) was able to keep following his downfall.

Throughout the series, Johnny, Moira, David, and Alexis learn to live without money and power. They were hit was a hard dose of reality, which ended up being the best thing that ever happened to them. They were able to grow as people and solidify their bond as a family, all the while being embraced by the people of the small town. They fall in love, embark on new career paths, and find their place in the world through their financial spiral.

With Catherine O'Hara, Eugene Levy, Dan Levy and Annie Murphy winning their #Emmys tonight, that means our little Canadian show is the first comedy OR drama to ~ever~ sweep all four acting categories, and that is absolutely wild 🇨🇦 pic.twitter.com/fEUnaLoDBr

The show also focuses on LGTBQ characters and storylines. In the series finale, David and the love of his life, Patrick, finally tie the knot. Meanwhile, Alexis gets a job in New York City and plans to move away from her brother. Johnny also opted to leave Schitt’s Creek with his wife, Moira, after the actress agrees to reprise her former soap opera character on the show’s reboot in L.A.

Fans would certainly love to see what happens following that final scene, as it seems there is still a lot of issues for the Rose family to tackle.